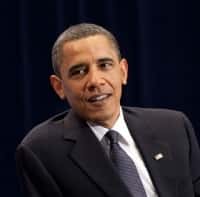 Earlier this year, the Obama administration began taking steps to trim federal spending by launching the Campaign to Cut Waste. The president signed an Executive Order yesterday that strengthens the campaign, and the government vehicle fleet is still among its key targets.

The White House says the order, which mandates federal agencies to freeze purchases on everything from unnecessary cell phones and print jobs to t-shirts and tchotchkes, will result in a reduction in spending almost immediately. Agencies have 45 days to submit specific plans to decrease their expenditures to 20% below 2010 levels by fiscal year 2013.

‘I've said we're going to comb the federal budget, line by line, to eliminate as much wasteful spending as possible,’ Obama remarked in a statement. ‘We're cutting what we don't need so that we can invest in what we do need.’

One of five major goals the administration noted yesterday is to ‘shrink the executive fleet of the federal government,’ noting that the bureaucracy currently spends $9 million a year ‘just to shepherd itself around Washington, D.C.’

Obama's ‘Federal Fleet Performance’ memorandum, which was issued in May, initiated sweeping changes to how the government manages its fleet of 600,000+ vehicles. This week's order builds upon these efforts, explicitly calling for limits on executive transportation and reducing the number of associated fleet drivers and vehicles.