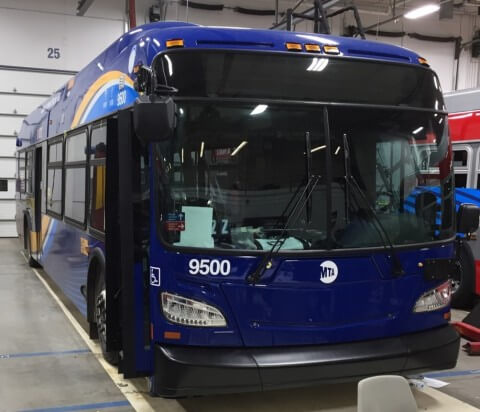 The majority of the buses will be delivered in 2021, allowing Allison to showcase the H 40 EP electric hybrid system’s reliability and durability. NYCT maintains a fleet of over 5,700 buses, 60% of which are equipped with Allison Bus Series B 400 and B 500 transmissions.

“Not only will these systems improve air quality, they are fuel efficient as well. New York City has indicated they will rely on Allison electric hybrids to reduce CO2 emissions in the city, while allowing the city to maintain a durable, reliable, economical fleet,” he adds.

Over 10,000 state- and city-owned vehicles operating in New York are powered by Allison. The company has delivered more than 8,500 electric hybrid propulsion systems globally, including deliveries to more than 14 agencies in New York. These systems have accumulated nearly 2.2 billion miles, saving more than 265 million gallons of fuel.