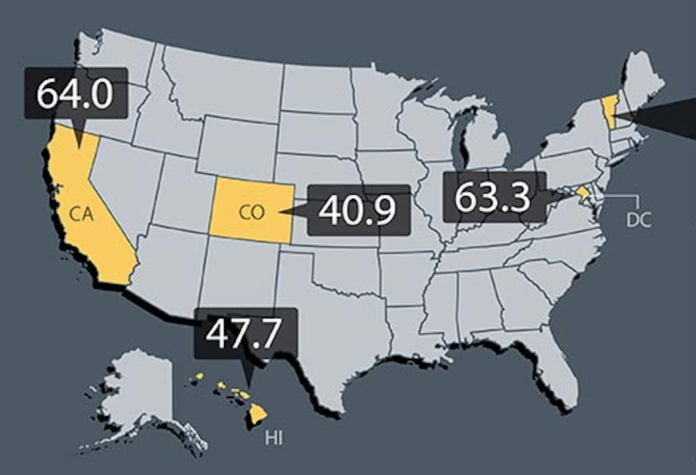 As electric vehicles (EVs) have increased in popularity over the past few years, the infrastructure to charge them has similarly expanded along interstate highways, at workplaces and at public parking lots across the country. During the first three months of this year, public electric vehicle supply equipment (EVSE) grew by 7.6%. Of that, EV fast chargers, which enable rapid battery charging, expanded by 10.6%, according to a new report from the National Renewable Energy Laboratory (NREL).

“Since about 2011, we’ve seen strong year-over-year growth in charging infrastructure,” says Abby Brown, project manager in NREL’s Sustainable Transportation Integration group and co-author of the report. “Between December of 2015 and 2019 the number of charging stations doubled. It was much the same in early 2020: more growth in all parts of the country.”

According to NREL’s Electric Vehicle Charging Infrastructure Trends from the Alternative Fueling Stations Locator: First Quarter 2020 report, while all regions saw substantial growth during the quarter, a few stood out. The northeast – including Maine, New Hampshire, Vermont, New York, Massachusetts, Rhode Island and Connecticut – saw an increase of over 10%, the fastest growth in the country. California’s charging infrastructure grew by 9%, even as it continued to boast the largest share of the country’s public charging infrastructure.

Some of the report’s findings include: