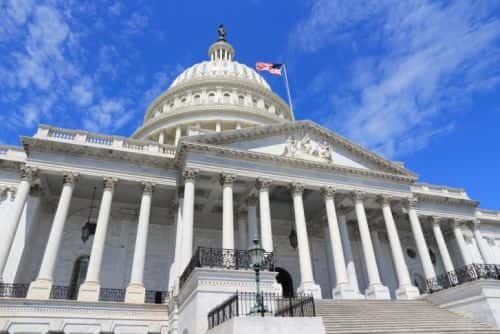 Last week, a group of natural gas vehicle (NGV) policy experts discussed recent federal roadblocks and successes for the U.S. NGV market and other alternative fuel industries. The panelists, talking at the North American Natural Gas Vehicle Conference and Expo in Denver, offered a mix of optimism and pessimism about what's to come from lawmakers in Washington, D.C.

Moderator Paul Kerkhoven, director of government affairs at NGVAmerica, kicked off the panel session with a joke, waving around what he dubbed a magic wand and casting a spell to make gasoline and diesel prices go up. The audience laughed, and Kerkhoven assured everyone that the myriad issues to be examined were, nevertheless, serious for the future of NGVs.

First on the list of topics was the Obama administration.

James L. Hooley, vice president of federal government relations at Clean Energy Fuels Corp., stated, “I think there's a lot of frustration that the administration has not been, to be frank, very helpful in promoting natural gas for transportation.”

He said the administration and environmental groups have changed their previous stances and declared a “battle against fracking” and natural gas because it's a fossil fuel. Hooley further charged that regulations, such as the EPA's Clean Power Plan for existing power plants, “disincetivize” the growth of the nat-gas industry.

“Two years ago, we had the president standing in front of a Clean Energy tanker,” he noted. “Now, his anti-coal policy focuses on wind and solar, not natural gas at all. There's been a lot of talk and no action, and there isn't even any talk anymore.”

“I think our industry is under attack,” he said, comparing the sector to a lobster in a pot. “The heat is turned up, and the water is starting to boil.”

Meanwhile, Mark Smith was at the session to talk about – and sometimes defend – the U.S. Department of Energy's (DOE) actions regarding NGVs. As vehicle technologies deployment manager for the agency's Clean Cities Program, Smith emphasized that the DOE is “fuel agnostic” and not a regulatory agency.

“We listen to two forces: the realities of the market as we see it and the orders from the White House,” he said. “We're marching to a number of different masters.”

Smith also underscored the importance of lobbying. “That's where the work of Paul and NGVAmerica comes in – telling leaders what is needed. It helps get the message communicated to the top.”

Kerkhoven nodded his head in agreement and later said, “We've noticed within the DOE, there hasn't been much NGV [research, development and demonstration] funding.” He noted that one the agency's most recent funding opportunities was for $11 million, but the majority of that money – $10 million – will go toward powertrain electrification, while the remaining $1 million will go toward the demonstration of dual-fuel vehicles using gaseous fuels such as natural gas or propane autogas.

Notably, since the show in Denver last week, the DOE has announced $55 million for 24 projects to develop and deploy advanced vehicle technologies. Eight of those projects will focus on dual-fuel or dedicated natural gas engine technologies.

“We have opportunities for grant funding,” said Smith at the session. “We haven't had that since Christmas came early years ago and we funded almost a billion dollars worth of projects around the country.”

He said that Clean Cities is working hard to ensure steady funding. “In this environment, staying flat is good in relative terms.” According to Smith, some of that money available goes toward increasing the adoption of alternative fuel vehicles, demonstration projects and even related emergency training.

Clean Energy's Hooley admitted he understands the government isn't supposed to show favoritism. However, he said, “You're not going to run an 18 wheeler on a battery or on wind. It makes no sense. There is no favoritism when it comes to natural gas.”

Moving on, Kerkhoven – apparently sticking with his magic theme – asked another panelist to pull out his figurative crystal ball and make some predictions about U.S. Congress.

Matt Forman, senior manager of government affairs at Fiat Chrysler Automobiles US LLC, said a new government shutdown is possible if legislators don't come to a compromise very soon over agency and program funding. He believes a continuing resolution (CR), which essentially maintains pre-existing funding until a longer-term fix is established, is the most likely outcome.

Partisan arguments among the political parties are ongoing, especially over money for Planned Parenthood. Nonetheless, Forman said, “My crystal ball is a little bit cloudy, but odds are there will be a CR. The question is how long they punt funding down.”

AGL's Hyde suggested that a government shutdown might not greatly affect the average person and that the electorate “has a pretty short memory.”

Forman chimed back in, saying, “When there is a shutdown, that could slow down certification processes. It can have a real impact on certain businesses. Perhaps not on a personal level, but on a heavily regulated industry, it hurts.”

Smith added that if a shutdown were to happen, the DOE wouldn't be able to start any new activities until a full budget is in place. “Until then,” he commented, “we're just told to keep the lights on, pretty much.”

Other important legislation for the alternative fuels market to watch on Capitol Hill is a tax extenders package. One such bill is already in play in the U.S. Senate.

In July, the U.S. Senate Finance Committee passed a bill that would revive dozens of tax credits that expired at the end of last year, including key incentives for the alternative fuel industry. The bill, which still awaits consideration from the full Senate, would retroactively extend the various tax credits for two years from Jan. 1, 2015, through Dec. 31, 2016.

Like years before, Congress passed a similar package last December. It established a one-year retroactive revival for the lapsed tax credits, but the eleventh-hour extension expired almost right after it was passed.

Hooley said he was “bullish” that the alt-fuel tax credits will be extended again “at the very end of the year for two years.”

“Most of the time, Congress understands you can't run a business without certainty. Nothing's guaranteed, but there's good reason for optimism,” he said. “Furthermore, I think this will continue to happen for a long time until we do comprehensive tax reform. But that ain't gonna happen in an election year.”

“It's hard to disagree with that because tax extenders are considered almost automatic,” said Hyde.

The panelists also noted a big legislative win for the NGV industry: the so-called “LNG fix.”

In July, President Barack Obama signed into law a highway bill that included a provision to modify the federal highway excise taxes on LNG and propane autogas to be based on the fuels' energy content, rather than on their volume – thus ensuring LNG and autogas are taxed fairly relative to diesel and gasoline, respectively.

“We've had this issue for a number of years. It seemed like a lifetime, I think,” said Hyde. He added the “very frustrating part” was that lawmakers understood the issue, with some instrumental legislators pushing for the fix for a long while, but LNG continued to be taxed at a rate 70% higher than that of diesel.

Although the highway bill was only a temporary funding extension, the alternative fuels measure is set in stone.

“We never found someone, Democrat or Republican, who didn't agree,” he stated. “We needed to find the right vehicle to attach it to, and it succeeded.”

“Paul wore out probably three pairs of shoes walking back and forth to the Capitol trying to make this happen,” joked Hyde. “We saw an opportunity, got prepared, got it into the bill, the president signed it, and now it's permanent law. We're an LNG supplier. That makes our product much more marketable as it is today, so it's been a real positive for my company and any LNG company or user. Kudos to Paul for helping keep this fire alive.”

Kerkhoven said thanks and that he couldn't have done it without the support of so many stakeholders.

Smith reiterated the DOE is fuel neutral and said the agency does not write tax policy. “Congress makes taxes, and the IRS carries them out,” he said to the audience. “I hear you, though. That's what everybody wants: Make it a level playing field, and let fleets decide what's going to work best for them.”

As mentioned, July's highway bill was a short-term extension, providing only three more months of funding. When passing that measure, the U.S. Senate also approved a six-year highway bill, and the U.S. House of Representatives reportedly plans to work on a long-term plan, too.

The panelists said the upcoming highway bill, as well as several other policies, could have a big effect on the NGV market.