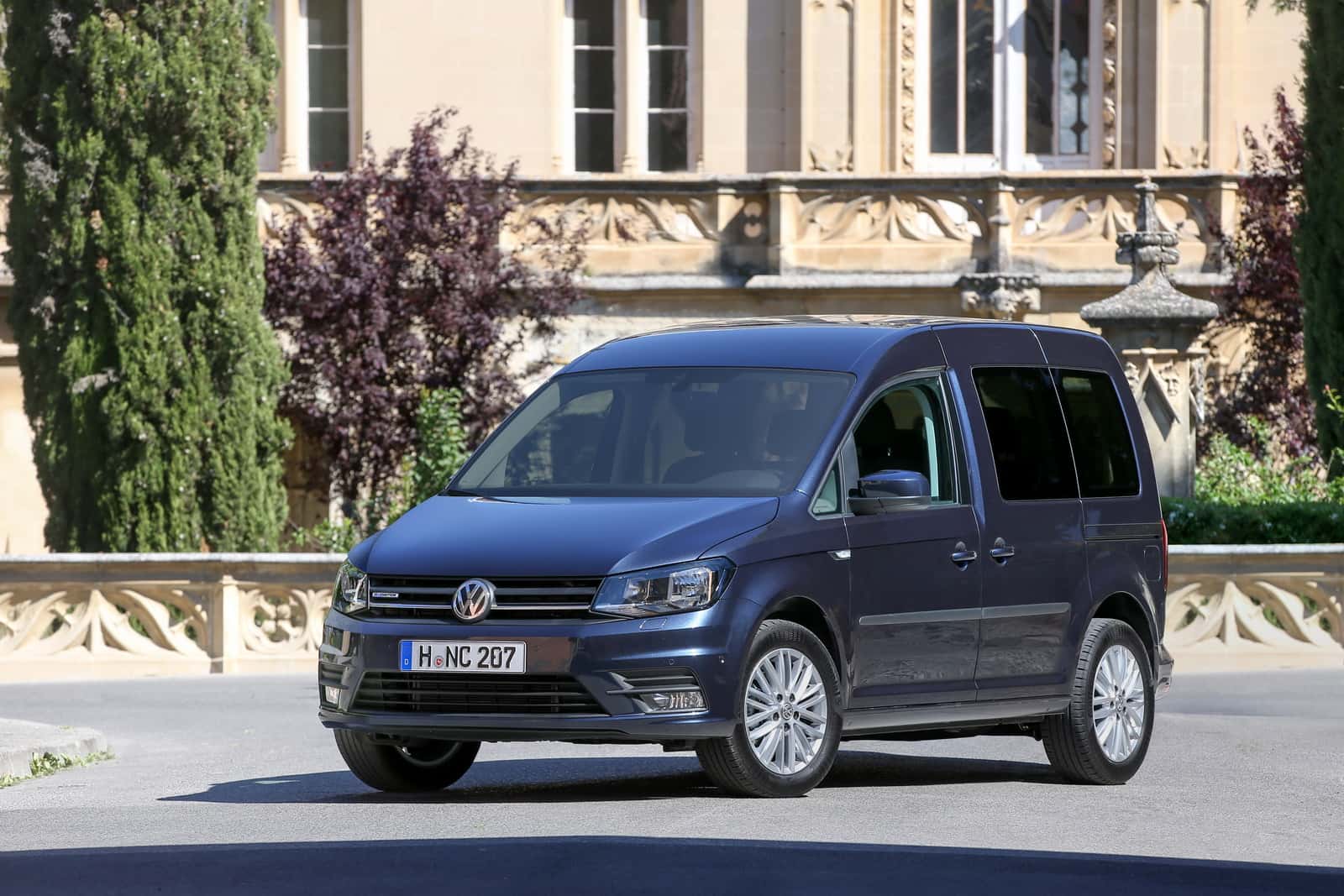 The new Volkswagen (VW) Caddy TGI BlueMotion has debuted ahead of the 2016 Geneva International Motor Show, combining a segment-first, six-speed, dual-clutch gearbox and bi-fuel drivetrain that runs on compressed natural gas (CNG) or gasoline. The Caddy TGI BlueMotion will go on sale in Europe this year.

The Caddy TGI BlueMotion, a family/city delivery van, runs on either CNG or biogas, and its manual gearbox is available for the first time with the DSG dual-clutch gearbox. The Caddy TGI can also run on gasoline from a small reserve tank, should the need arise. Both the panel van and passenger car variant of the Caddy can also be ordered with a short wheelbase or in the Caddy Maxi version.

The CNG tanks are mounted under the floor of the Caddy, meaning that cargo space remains unchanged compared with conventional models. The four underfloor tanks are mounted in the Caddy with a short wheelbase and hold 10 GGEs of CNG, and the Caddy Maxi TGI is equipped with five tanks that hold 14.4 GGEs.

The engine is based on a new TSI petrol unit that was modified to enable the Caddy to run on CNG. Among other things, the cylinder head, valve train, crank drive, pistons, lines and valves were all adapted for the CNG conversion. The developers also made adjustments to the engine controller, catalytic converter and turbocharger. The TGI engine in the Caddy produces 108 hp and 147 lb-ft of torque.

Normally, the CNG drive system in the Caddy TGI BlueMotion only uses the super lead-free fuel from the onboard petrol tank when the engine is started and warmed up at temperatures below –10 degrees C. However, the 3.4-gallon gas mobility reserve can also be used if none of the more than 900 CNG filling stations in Germany or the approximately 4,200 such stations that now operate in Europe happen to be in the immediate vicinity.

The previous model was available as a CNG Caddy under the name Ecofuel, and the TGI engine has been available for ordering with the fourth generation of the Caddy with a manual gearbox since mid-2015. The new Caddy TGI with DSG will arrive at dealerships at the beginning of June. The six-speed, dual-clutch gearbox, which makes the Caddy suitable for use as a taxi, is unique in the A-segment of city delivery vans with natural gas drive systems.

The Caddy Alltrack, which was recently the subject of a dynamic presentation, can also be operated with natural gas. This off-road-styled variant of the Caddy is the successor to the Cross Caddy and is available as a TGI model with a manual gearbox, although it will also be launched with the six-speed, dual-clutch gearbox later this year.

534 miles on pure gas mode? That is pretty good, then again this is a claim by VM, so take it with a grain of salt.