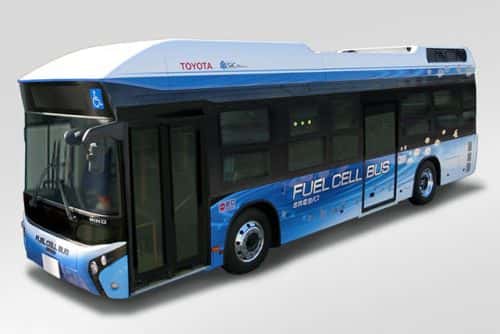 The companies jointly created the vehicle based on a Hino hybrid non-step route bus, and the vehicle is equipped with a fuel cell system Toyota had developed for its new Mirai model.

Toyota and Hino will verify the feasibility and effectiveness of the new bus and will use the results for further research and development. The test will be conducted in cooperation with Toyota City as a part of the Toyota City Low-Carbon Verification Project. Hydrogen fueling of the bus will be carried out at Toyota Ecoful Town.