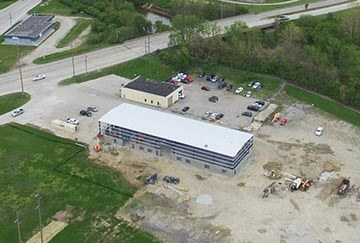 In August, SCS Energy broke ground on the construction of a new landfill gas to renewable natural gas (RNG) plant in Indianapolis.

The RNG plant employs an iron redox scrubber for hydrogen sulfide removal, membranes for carbon dioxide removal and pressure swing adsorption for nitrogen removal. The plant is on schedule to achieve commercial operation in February 2020.

Kinetrex, as a distributor of liquefied natural gas (LNG), intends to convert the RNG into LNG. RNG from the plant will fuel trucks, replacing nearly 8 million gallons of diesel per year.

The Indy High Btu RNG plant is the third landfill gas-to-RNG plant designed by SCS to employ nitrogen removal, meeting pipeline specifications and maximizing gas recovery. Two other plants, including a project in Kentucky, which commenced operation in March 2018, and a project in Texas, which is currently under construction and scheduled to begin operation in November, are both SCS Energy designs.