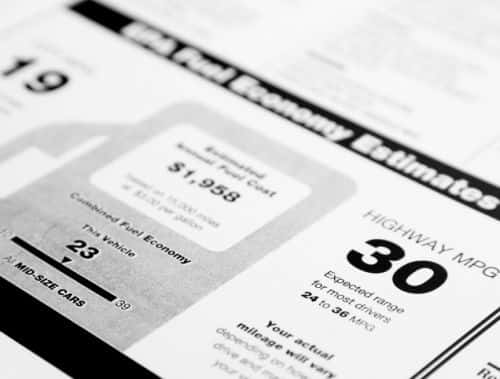 Inhofe's bill is tied to the long-running – and sometimes tricky – business of meeting the Corporate Average Fuel Economy (CAFE) standard. The rule, which was first implemented nearly 40 years ago, mandates that OEMs hit certain fuel-economy milestones for their portfolios of passenger cars and light trucks at intervals far into the future.

Auto manufacturers can earn credits to offset shortcomings in their CAFE performance if the average fuel economy of their passenger vehicle/light truck fleet exceeds a given year's standard. These credits can then be applied to the three consecutive years immediately prior to (or to the five years following) the model year that shows a surplus average fuel economy.
Â
Both dedicated and bi-fuel alternative fuel vehicles receive unique treatment, in terms of how their fuel economy is calculated. Provisions for dedicated alt-fuel models are particularly generous: divide the vehicle's fuel economy by 0.15. In other words, a dedicated NGV that gets 15 mpg-equivalent is actually calculated as 100 mpg.

In turn, alt-fuel vehicles can factor prominently into OEMs' efforts to meet CAFE obligations. But to date, the biggest spoils have gone to electric vehicles (EVs) and hybrid EVs. Basically, all EVs have been considered ‘dedicated’ for CAFE purposes, regardless of the vehicles' driving range and other factors.

The most important pieces of S.1355 would make the majority of NGVs ‘dedicated,’ as far as CAFE standards are concerned.

For instance, EVs are exempt from the existing CAFE rules that place a cap on the maximum increase that bi-fuel vehicles can add to an OEM's average fuel economy. Inhofe's bill seeks parity for NGVs, adding ‘natural gas automobiles’ to EVs on the exempt list.

The legislation also seeks to expand the definition of ‘dedicated’ alt-fuel vehicles to include those that have a ‘reserve gasoline tank for incidental or emergency use in the event of alternative fuel depletion.’

This language, to some extent, makes bi-fuel NGVs ‘dedicated.’ The legislation does not specify how much – or how little – natural gas, propane or other alternative fuel could be stored on board in order to qualify as ‘reserve’ fuel.