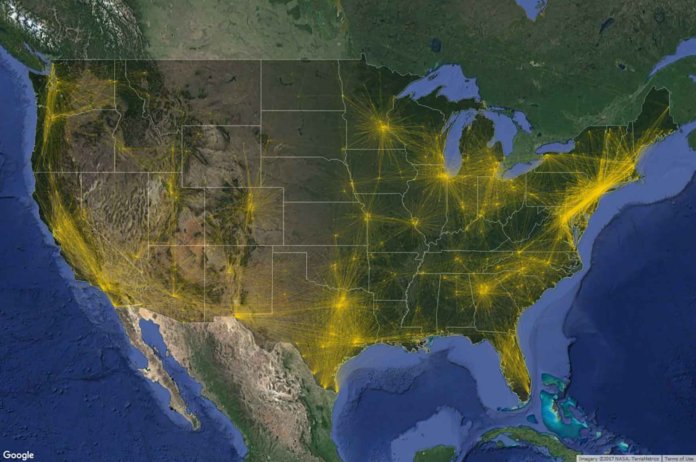 A new study from the U.S. Department of Energy’s National Renewable Energy Laboratory (NREL) quantifies how much charging infrastructure would be needed in the U.S. to support various market growth scenarios for plug-in electric vehicles (PEVs).

Sales of PEVs – which include plug-in hybrid electric vehicles (PHEVs) and all-electric vehicles (EVs) – have surged recently. Most PEV charging occurs at home, but NREL says widespread PEV adoption would require the development of a national network of non-residential charging stations. Strategically installing these stations early would maximize their economic viability while enabling efficient network growth as the PEV market matures.

“The potential number, capacity, and location of charging stations needed to enable broad PEV adoption over the coming decades hinge on a variety of variables,” says Eric Wood, lead author of the National Plug-In Electric Vehicle Infrastructure Analysis. “NREL’s analysis shows what effective co-evolution of the PEV fleet and charging infrastructure might look like under a range of scenarios.”

NREL says it analyzed PEV charging requirements within urban and rural communities and along interstate corridors. For each type of area considered, NREL examined the station coverage needed by early-market PEVs and the station capacity required to satisfy potentially high future demand for electric charging.

The results suggest that a few hundred corridor fast-charging stations could enable long-distance EV travel between U.S. cities. Although many of these early-market stations could be underutilized at first, NREL’s analysis of driving patterns and vehicle characteristics suggests how corridors could be prioritized and station spacing set to enhance station utility and economics.

Compared to interstate corridors, urban and rural communities are expected to have significantly larger charging infrastructure needs. About 8,000 fast-charging stations would be needed to provide a minimum level of urban and rural coverage nationwide. In a PEV market with 15 million vehicles, the total number of non-residential charging outlets or “plugs” needed to meet urban and rural demand ranges from around 100,000 to more than 1.2 million. NREL says understanding what drives this large range in capacity is critical. For example, whether consumers prefer long-range or short-range PEVs has a larger effect on plug needs than does the total number of PEVs on the road. The relative success of PHEVs versus EVs also has a major impact, as does the number of PHEVs that charge away from home.

“This study shows how important it is to understand consumer preferences and driving behaviors when planning charging networks,” says Chris Gearhart, director of NREL’s Transportation and Hydrogen Systems Center.

This work was funded by the Vehicle Technologies Office in the U.S. Department of Energy’s Office of Energy Efficiency and Renewable Energy.