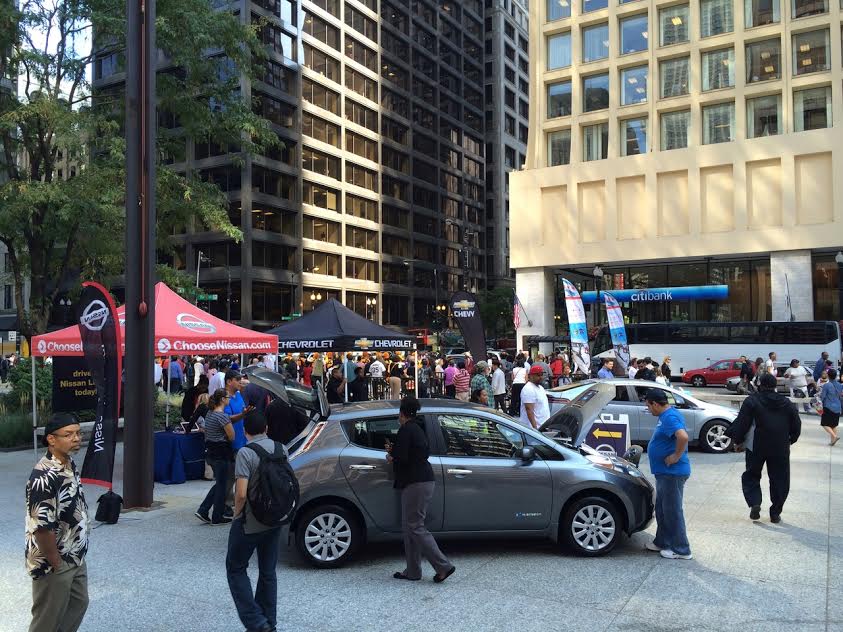 In partnership with eight Clean Cities coalitions, Midwest EVOLVE (Electric Vehicle Opportunities: Learning, eVents, Experience) will demonstrate the performance and environmental benefits of plug-in EVs through showcases, ride and drives, and events in communities throughout the seven-state region. The project’s educational program will target the general public, fleet decision-makers and dealership personnel.

“Electric vehicles are becoming increasingly popular, due to their better batteries, decrease in cost, an increase in choice, and the roll-out of charging infrastructure,” says Lew Bartfield, president and CEO of the American Lung Association of the Upper Midwest. “These advanced, modern vehicles reduce emissions that contribute to climate change and smog, improving air quality and public health.”

The Lung Association and the eight Clean Cities coalitions will host more than 200 events, large and small, over a three-year period, in brand-neutral settings that will give Midwestern drivers an opportunity to get behind the wheel of EVs. The first events will be held in the spring of 2017.

“The Midwest is often overlooked as a market for electric vehicles,” says Bartfield. “The goal of Midwest EVOLVE is to build awareness and visibility for the advantages of electric vehicles and to help the Midwest rediscover the automobile again, this time with a plug.

“There’s no better way to learn about the performance and environmental advantages of electric vehicles than personal experience,” adds Bartfield. “By participating in existing major consumer events throughout the Midwest, hosting ride and drives, and conducting seminars, we are working with local Clean Cities coalitions to get the word out.”

In addition to helping the public learn about EVs, Midwest EVOLVE is focused on fostering the roll-out of additional charging stations throughout the Midwest, including public charging stations and employer-based workplace charging.