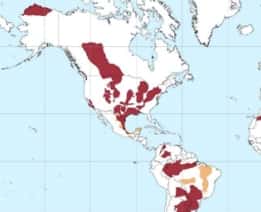 The U.S. Energy Information Administration (EIA) released a report this week that says the amount of ‘technically recoverable’ shale gas globally is 7,299 trillion cubic feet – an estimate that is 10% higher than what scientists assessed in the EIA's previous analysis, from April 2011.

The EIA says this newest study was commissioned because two years ago, certain geologic research and well-drilling results were not available. Moreover, the 2011 study looked only at shale gas, while the 2013 version also examines global shale oil resources.

The agency noted that the abundance of natural gas needed to be viewed through the lens of what is, today, considered ‘technically recoverable’ – in other words, shale gas that can be produced with today's technology, independent of natural gas prices and production costs. ‘Economically recoverable,’ on the other hand (and outside the scope of the study), are resources that can be ‘profitably produced under current market conditions.’

‘Given the variation across the world's shale formations in both geology and above-the-ground conditions, the extent to which global technically recoverable shale resources will prove to be economically recoverable is not yet clear,’ the EIA says, noting that future economically viable recovery of all resources is almost entirely dependent upon the costs of drilling and completing wells, the amount of natural gas produced from an average well over its lifetime, and the price of natural gas.