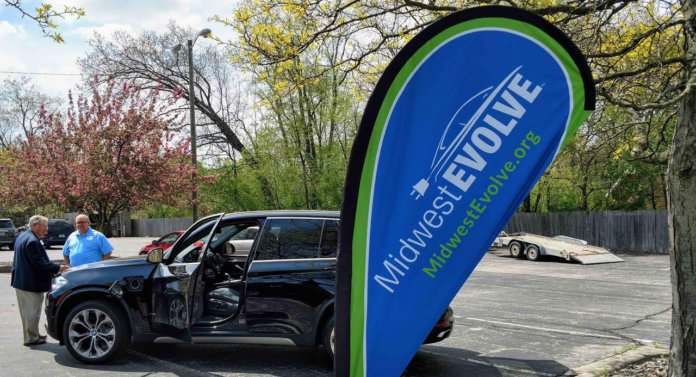 More than 90,000 people have participated in the American Lung Association’s Midwest EVOLVE project, a seven-state program launched two years ago to promote the advantages of electric vehicles (EVs).

Midwest EVOLVE and its partners have held or participated in more than 190 events across the Midwest with just over 4,500 test drives completed over the past two years. The project is a collaborative effort between the American Lung Association and Clean Cities coalitions in seven Midwestern states. Dozens of EV-related events are planned for this year.

“Consumers have so many preconceptions about electric vehicles,” says Lisa Thurstin, coordinator of the Twin Cities Clean Cities Coalition, which oversees Midwest EVOLVE. “This is especially true in the Midwest, where EVs aren’t as heavily promoted as they are in other parts of the U.S.

“At Midwest EVOLVE events, we get people behind the wheel for test drives,” Thurstin continues. “That usually changes people’s perceptions. They realize that electric vehicles have outstanding performance and are better for the environment, clean air and lung health.”

According to Thurstin, Midwest EVOLVE’s data shows that more than 20% of consumers who attend an EV ride and drive hosted by one of the projects’ partners purchase a plug-in electric or hybrid-electric vehicle within six months.

As a part of the program, EVs are showcased at community events, auto shows, workplace-charging seminars, and ride-and-drives in Illinois, Indiana, Michigan, Minnesota, North Dakota, Ohio and Wisconsin.

“So far, thousands of people have received a chance to take test drives of EVs at our Midwest EVOLVE events,” adds Thurstin, who assembled the team of Clean Cities coalitions that have been partnering on the project.

The Midwest EVOLVE project is based upon work supported by the U.S. Department of Energy’s Office of Energy Efficiency and Renewable Energy.