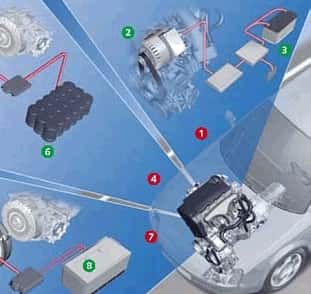 According to a recent study from Lux Research, the number of micro-hybrid vehicles on the road will grow nearly eight-fold to 39 million worldwide in 2017, resulting in a nearly $7 billion market for the energy-storage devices associated with these vehicles.

Micro-hybrids use a small battery to provide efficiency-boosting features, the company explains. Within the next five years, these models will dominate the automotive market, claiming 42% of the overall light-duty vehicle sector. The number of mild hybrids – vehicles that use a large electric motor/generator to complement a traditional internal combustion engine – will reach 1.5 million in 2017, accounting for 1.6% of the auto market.

‘Micro-hybrids will take over the automotive market, while mild hybrids will leverage the excessive build-out of lithium-ion capacity to grow,’ says Kevin See, a Lux Research analyst and lead author of the report. ‘Micro-hybrids and, to a lesser extent, mild hybrids, provide a cost-effective solution to fuel savings to bridge the gap to more disruptive technologies like alternative fuels, plug-in vehicles and fuel-cell vehicles.’

To estimate adoption rates for micro-hybrids and mild hybrids, Lux Research factored in the adoption of other fuel-saving technologies and modeled cost-impact variations, besides estimating the costs of battery replacement and maintenance for these alternative vehicles.

The company's conclusions include the following: