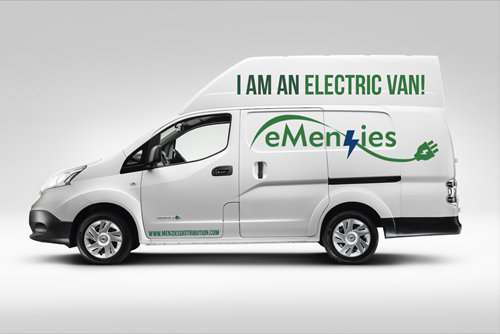 Menzies Distribution, a retail delivery company based in the U.K., has expanded its zero-emissions fleet to more than 120 vehicles.

The company already has the U.K.’s largest electric vehicle fleet, as well as the largest commercial charging infrastructure through its wholly-owned subsidiary, Gnewt.

The new vans are based in Oban and are the first electric vehicles to be based in Menzies Distribution’s Scottish network. Three new electric vans, Nissan ENV-200s with a Voltia conversion, will operate from Oban serving routes across western Scotland. The vans have a range of around 120 miles.

“We are delighted to introduce our first electric vehicles into our Scottish delivery fleet,” says Adam Smith, group commercial director at Menzies Distribution. “We currently have more than 120 electric vehicles delivering parcels, with a particular concentration in London, and we are looking to take the lessons we have learned from running one of the largest all-electric fleets in the UK and roll out across the country.

“Through Gnewt by Menzies Distribution, our electric vans have already delivered more than 10 million parcels emission-free, and we look to significantly increase that volume in 2020 as part of our green fleet strategy to introduce electric vans, powered by renewable energy, to our U.K. depots,” Smith adds.