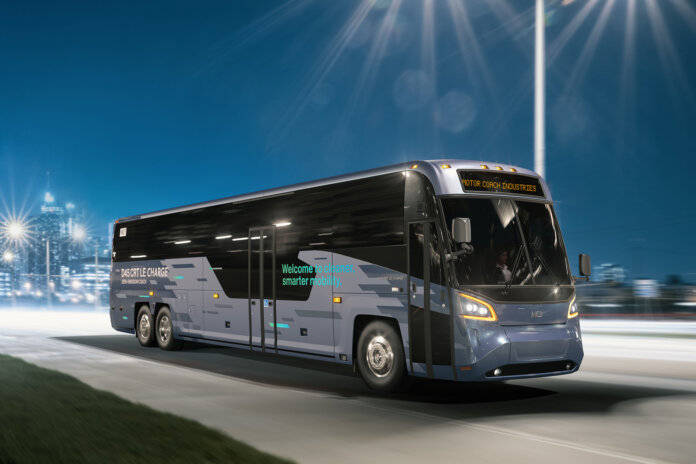 “We designed the zero-emission D45 CRT LE CHARGE with accessibility and passenger experience top of mind,” says Chris Stoddart, president of New Flyer and MCI. “Whether your goal is emissions reduction, lower operational costs or to expand commuter express service, this coach delivers one of the safest, most comfortable, sustainable and flexible mobility solutions available.”