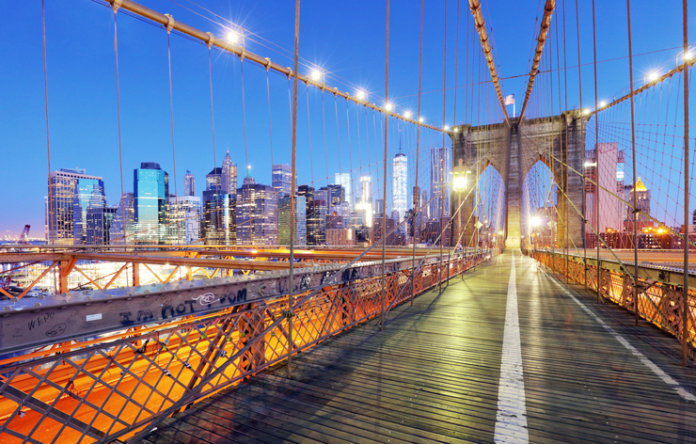 New York Mayor Bill de Blasio made an announcement last week that New York City’s municipal vehicle fleet is ahead of schedule to meet its target of adding 2,000 electric vehicles (EVs) by 2025.

The city’s vehicle fleet currently boasts more than 650 EV sedans and more than 75 Stealth ambulances, which run on battery power rather than idle their engines to support on-board services.

As reported, the municipal fleet will have 1,000 EV sedans by the end of July 2017, halfway toward the Clean Fleet goal, with eight years still to go.

“Just over a year ago, we committed to bring more EVs into the city fleet, making a more sustainable city. I am proud to say that we’re well ahead of schedule,” says de Blasio. “Now it’s time to go further, by working with partners to build the infrastructure needed to make these vehicles of the future more accessible to New Yorkers.”

In light of this rapid expansion, de Blasio also announced a bold new target for 20% of the motor vehicles sold for use in New York City to be electric by 2025, up from less than 1% today. This commitment includes an initial $10 million capital investment to support fast charging infrastructure that will extend access to electric mobility across the city.

The Mayor’s Office of Sustainability, the Department of Transportation (DOT), and the Department of Citywide Administrative Services (DCAS) will jointly direct this strategic investment along with complementary partnerships and policies to meet this EV target, while taking into account the potential impacts on car ownership and traffic volumes to avoid exacerbating street congestion.

Expanding EV penetration, Con Edison recently announced a plan to invest up to an additional $25 million in innovative EV strategies and infrastructure. The company released a Request for Information (RFI) seeking partners with the expertise to work on projects such as placing public fast chargers in the city and putting more than 100 EV chargers on NYC sidewalks.

According to the city, these would be the first-ever public street chargers in NYC and a step toward serving the many New Yorkers who do not have their own driveways or parking lots. Looking ahead, fast charging could enable the electrification of taxis, carshare, passenger cars and delivery vehicles.

In addition, a new EV workplace charging program being funded by the New York State Energy Research and Development Authority (NYSERDA), with support from DOT, was launched earlier this year. The “Charge to Work” program is a partnership between NYSERDA, DOT, CALSTART, Empire Clean Cities Coalition, ChargePoint, ABM, and NESCAUM.

Recognizing that the presence of vehicle charging stations at the workplace is a strong predictor of EV adoption by commuters, Charge to Work will engage employers in and around New York City to provide incentives for the installation of more than 100 vehicle charging stations at workplaces in hopes of stimulating adoption of more than 450 EVs in the greater metropolitan area by 2020.

Also earlier this year, New York City joined 29 other U.S. cities in issuing a joint RFI to invite automakers to address an unprecedented expression of demand for EVs. New York City’s municipal fleet represents more than 20% of the nearly 114,000 vehicles captured in the RFI and contributes to a powerful message that cities will lead the way on clean vehicles as federal support for transportation sustainability recedes.

“New York City’s goal of an 80% reduction in greenhouse gases by 2050 requires a deeply decarbonized transportation network. The rapid expansion of the NYC Clean Fleet initiative is one way that New York City will continue to lead by example to achieve this target,” says Daniel Zarrilli, senior director for climate policy and programs and chief resilience officer for the NYC mayor’s office. “We are thrilled to highlight the significant progress in expanding our fleet of electric vehicles ahead of schedule, while also announcing new initiatives and partnerships to make electric vehicles accessible to more and more New Yorkers.”

“New York City will prove that it is possible to shrink the environmental footprint of transportation while at the same time improving mobility, access and travel choices that make our city more livable for all,” comments New York City Transportation Commissioner Polly Trottenberg.

“Electric vehicles are not technologies for tomorrow. They are here now,” says Mark Chambers, director of the Mayor’s Office of Sustainability. “They are increasingly affordable, and they are a crucial part of our OneNYC goal to creating the most sustainable big city in the world. Investing in our own fleet and creating smart pathways for the private sector to transition to electric vehicles is an essential part of reducing our NYC’s greenhouse-gas emissions 80 percent by 2050.”

“With advances in electric vehicle technology, these cars can stay on the road longer between charges, and with more stations, they become much more attractive options to New Yorkers than the gas-guzzling alternative. While New York has enough options that moving around without a car is easy, if you absolutely need one, electric is the smartest way to go,” says Councilmember Ydanis Rodriguez, chair for the committee on transportation.

“Deploying a cleaner, increasingly electric-powered vehicle fleet is more than a smart investment. It’s a bold statement that shows governments, large organizations, and even individuals can make a difference by investing in these world-saving technologies,” says Manhattan Borough President Gale A. Brewer.