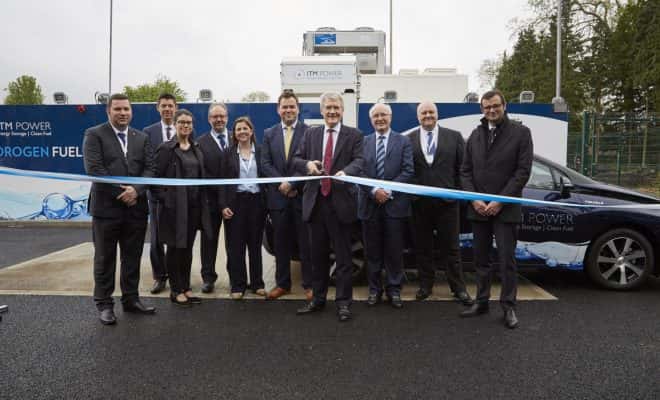 According to ITM Power, the station is the first of three U.K. stations to be deployed as part of the pan European HyFive project, which was funded by the European Fuel Cell and Hydrogen Joint Undertaking (FCH JU) and the U.K. Government Office of Low Emission Vehicles (OLEV).

The company asserts that the station was opened to the public by Andrew Jones, transport minister at the department for transport, and was supported by automotive OEMs Hyundai, Toyota, Honda and Renault partner Symbio FCell.

Further, the release asserts that Jones announced a government funding of 2 million British pounds to support the rollout of hydrogen vehicles in public- and private-sector fleets.

Per the company release, commissioning teams from ITM Power and BOC Linde will now move on to commission and open a further four electrolyser-based refueling stations in and around London before year-end.

“We are extremely pleased to have launched the first of the company’s HyFive hydrogen refueling stations in London, providing clean fuel for a range of fuel cell electric vehicle types that are now available from the auto OEMs,” says Graham Cooley, CEO of ITM Power. “ITM Power [is] grateful for the cooperation of our HyFive partners and for the funding support of FCH JU and OLEV.”