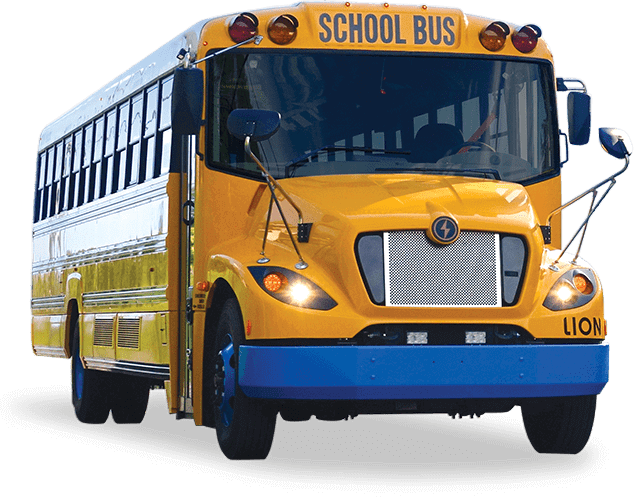 The Lion Electric Co., a manufacturer of all-electric medium- and heavy-duty vehicles, has produced its first zero-emission LionC school bus in its U.S. factory, located in Joliet, Ill.

“This is a significant milestone for Lion. On behalf of the entire management team, I want to extend my appreciation to all our employees for their passion and commitment over the past few months, as we went from an empty shell of a building here in Joliet, to manufacturing our first made in America zero-emission school bus in roughly 18 months,” says Eric Pansegrau, general manager of Lion’s Joliet manufacturing facility.

“We are excited to now be entering the ramp-up phase of production, with an initial focus on the all-electric LionC school bus. We will spare no effort in the gradual scale-up of manufacturing, which we anticipate will be spread out over the next few quarters.”

Lion leveraged the experience and knowledge gained from manufacturing the LionC at its Saint-Jérôme site over the past seven years to realize production of the first unit at the Joliet location. Lion will initially focus on the manufacturing of all-electric school buses at its Joliet site, with production gradually ramping up, starting in the fourth quarter of 2022. The Joliet facility is expected to have a production capacity of up to 20,000 all-electric buses and trucks, following the installation of the truck line and after completion of the production ramp-up and scale-up of manufacturing operations.