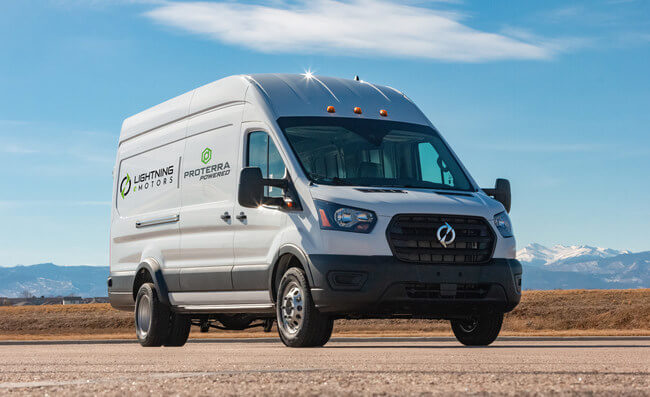 The Lightning Electric Transit commercial van is a purpose-built Class 3 commercial electric vehicle that is available in several configurations, such as last-mile cargo vans, passenger vans, shuttle buses, ambulances, school buses and RVs. Lightning eMotors anticipates annual production of up to 3,000 vehicles by 2023. The first Lightning Electric Transit vans are expected to be delivered to customers later this year.

“Proterra’s batteries are premium technology for premium vehicles,” says Tim Reeser, CEO of Lightning eMotors. “We are very pleased to offer their batteries on our Lightning Electric vehicles. Proterra’s batteries will allow us to give our customers even more range, power and features on our purpose-built vehicles at the price they need to scale up their electric fleets.”