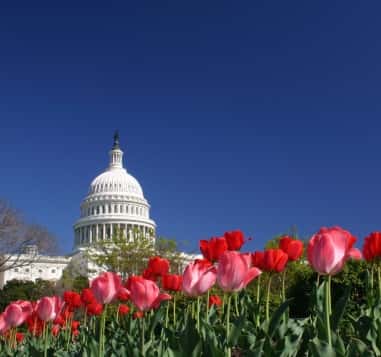 New legislation has been introduced in the U.S. House of Representatives that seeks to support more development of refueling infrastructure for natural gas, hydrogen fuel cell and other alternative fuel vehicles, as well as to extend expired tax credits for natural gas vehicles (NGVs) and increase incentives for the purchase of electric vehicles (EVs).

At the core of the act is the elimination of nearly $45 billion in federal subsidies for the largest oil companies, which fulfills a perennial legislative priority for many Democratic lawmakers. The bill also focuses on extending the production tax credit for wind, solar, geothermal and other clean energy resources, as well as renewing the Treasury's 1603 cash-grant program.

The congressmen perceive all of the incentives – those tied to power generation and transportation alike – as being an integral part of the Obama administration's push for clean, domestic fuel.

‘As President Obama has said, we need an all-the-above energy policy that will help us build a stronger future for the nation,’ said Larson in a statement. ‘We have a wide range of energy choices that not only put us on a path to energy independence, but also have the potential to create hundreds of thousands of jobs across the country.’

‘The only real solution to our energy challenges is to reduce our dependence on oil by making a transition to the clean energy technologies of the future,’ Waxman added. ‘This bill helps us down that road by ending the billions of dollars in unjustified subsidies the oil companies receive every year and using the funds to support investments in clean energy, including electric and natural gas vehicles and wind and solar energy.’

Many federal incentives targeted to the alternative fuel vehicles sector have been on the books for a number of years, but suffered from lapses when bills designed to extend the incentives failed to pass. Recent efforts to refresh and expand incentive packages, such as the highly touted NAT GAS Act, have not gotten traction.

The new legislation proposes long-term extensions for some programs, like the credit for alternative fuel vehicle refueling infrastructure. Markey and his colleagues are seeking to extend incentives for natural gas and hydrogen refueling stations, as well as EV charging networks, through the end of 2016. The bill also makes $750 million in bonds available to tax-exempt entities to buy NGV and fuel-cell vehicle pumps, and EV chargers.

Heavy-duty NGVs (those weighing more than 8,500 lbs.) receive direct treatment in the bill, also with an extension of these classes' incentive program through 2016. The associated credit would cover 50% to 80% of the incremental cost of the vehicle, capped between $10,000 and $40,000, depending on the size of the truck.

Additionally, the legislation doubles the per-manufacturer cap – from 200,000 to 400,000 units – on EV sales, as well as increases the base amount of the credit from $2,500 to $5,000. Coupled with other existing credits related to an EV's battery capacity, most EV purchases would be subsidized to the tune of $10,000.