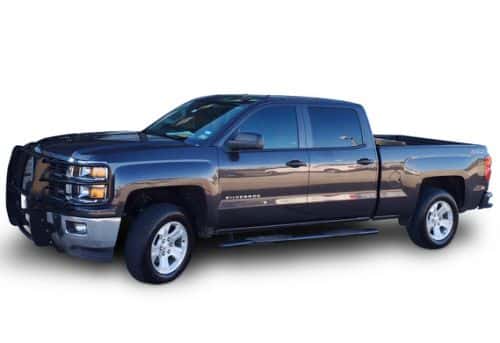 Houston-based Nat G CNG Solutions performed the conversions using the new DuraDrive DI natural gas platform from AGA Systems. The trucks feature 24 GGE of on-board CNG storage, and the vehicles achieve approximately 23 mpg on the highway (confirmed during EPA testing of the DuraDrive DI system). Between the CNG and gasoline, the trucks can achieve a total driving range of more than 1,000 miles.

Nat G has pre-ordered more than 50 DuraDrive DI systems, which will be integrated into trucks and delivered to customers in Texas and Louisiana before the end of the year.

‘Customers have been looking forward to getting a high-quality natural gas option for the new direct-injection engines from General Motors,’ says Bob Lukefahr, co-CEO of Nat G. ‘The system performs flawlessly, has great power and offers tremendous efficiency.’