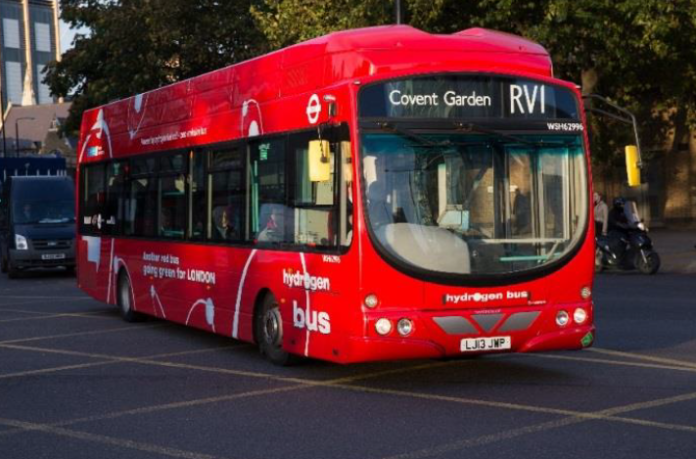 As part of the JIVE project, an EU-funded initiative deploying 139 new zero-emission fuel cell buses across nine cities, Transport for London (TfL) says it has launched a tender for the bulk procurement of fuel cell buses.

Working in partnership with other U.K. cities, including Aberdeen, Birmingham and Dundee, TfL is inviting potential suppliers of fuel cell buses to join a framework for the supply of single and double-decker vehicles to cities across the U.K. and potentially elsewhere, as well.

Fuel cell buses can offer an attractive zero-emission solution for public transport in cities without imposing any significant new operational constraints on bus operators, as they can meet all daily bus duty cycles and can refuel in a short refueling window. As such, once their costs reduce through economies of scale, they will be a valuable tool in the fight against local pollution and the removal of carbon dioxide emissions from road transport.

Furthermore, fuel cell buses have the potential to kickstart the use of hydrogen for mobility, with other applications in passenger cars, vans, trucks and even trains expected to follow. The bulk procurement of buses will significantly increase yearly order volumes and will play a key role in reducing costs and bringing this technology closer to a commercial reality.

The JIVE project, the first deployment of this scale in Europe, is coordinated by Element Energy.

Ben Madden, director of Element Energy, says, “The launch of this joint procurement exercise is an important milestone for the JIVE project and the fuel cell bus sector as a whole. Taking a coordinated approach to purchasing large numbers of these buses should deliver increased standardization and significant cost reductions, allowing the cities to realize their ambitious zero-emission bus adoption plans. We are delighted to have helped start this program and look forward to continuing to support the partners in delivering the project.”