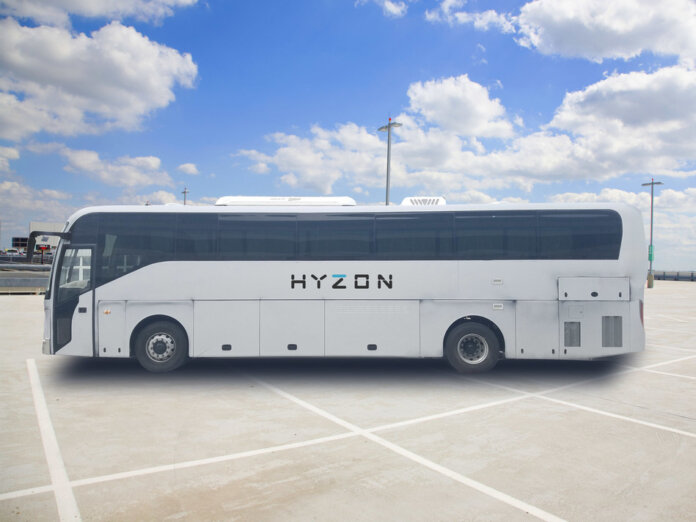 Fortescue has contracted for up to 10 of Hyzon’s custom-built coaches in the Christmas Creek mining hub, where summer temperatures commonly exceed 110 degrees. The endurance road test demonstrated the capability, effectiveness and strength of fuel cell stacks being discharged and recharged repetitively in harsh conditions.

Fortescue wants to use Hyzon’s proprietary fuel cell technology with hydrogen gas to replace a fleet of diesel vehicles for transporting workers around remote mining sites. The vehicles will mark the world’s first hydrogen-powered coach fleet.

“We applaud Fortescue Metals Group for its continued commitment to a zero-emission future, and we look forward to playing a key role in its transition to hydrogen mobility,” says Hyzon CEO Craig Knight. “The Pilbara region, one of the most prolific mining areas of Australia and the world, is a harsh landscape. Our coaches can handle the rugged terrain, and hydrogen technology can serve as a viable alternative to traditional commercial mobility in even the toughest parts of the globe.”

Knight notes that the durability testing was the equivalent of driving more than seven times straight from New York to Miami. The coaches have a range up to 800 km before refueling.