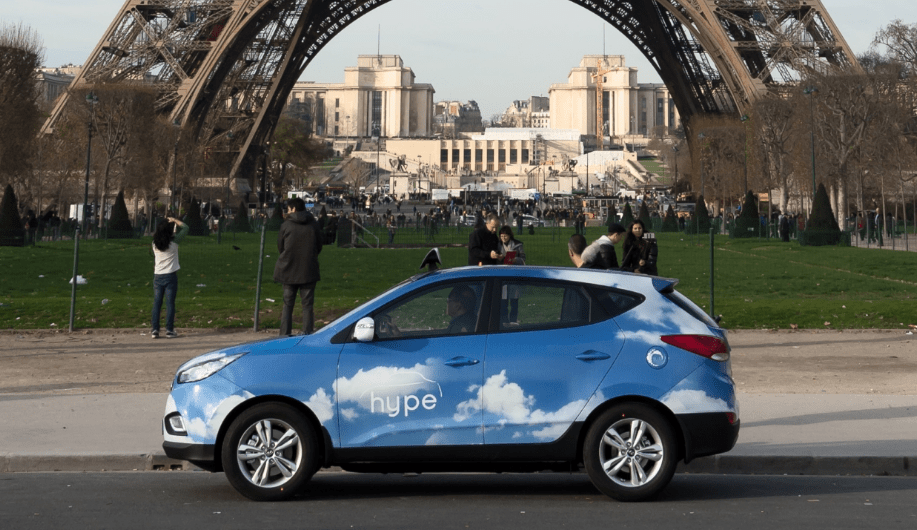 According to Hyundai, the company signed a memorandum of understanding for the FCEVs at the opening of a public hydrogen fuel station operated by Air Liquide at Hyundai’s headquarters in Offenbach, Germany.

As previously reported, STEP’s “hype” fleet features five ix35 fuel cell cars, which were delivered by Hyundai Motor in December 2015. The automaker says it expects to grow the fleet up to several hundred vehicles within five years.

Currently, there are more than 300 Hyundai ix35 FCEVs on European roads in 12 countries – which is more than all of the FCEVs of other manufacturers combined. The ix35 features an asynchronous electric motor generating 100 kW, a maximum torque of 300 Nm, and a range up to 594 kilometers on a full tank.

According to the company, the deployed ix35 vehicles were partially funded by the Hydrogen Mobility Europe Project.