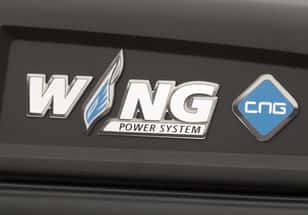 Concurrent with the move, NGV conversions at Westport's facilities in Plymouth, Mich., and its Kentucky Integration Center in Louisville, which opened in June 2012, are ceasing – although the company says certain activities will still take place at these locations. Some of the sales and marketing personnel who worked on the Westport WiNG Power System brand have also been laid off.

Westport alerted its dealership partners and other stakeholders about the changes via an email memo last week. So far, details about where things are heading are somewhat sparse.

‘We understand there may be questions, and we look forward to addressing those in the coming days and weeks, with the expectation of full production in our one plant in Q2,’ the memo reads. ‘Our goal will be a seamless transition.’

For dealerships and fleets that are already working with Westport on light-duty products, it is notable that the company says its ‘order management system, distribution network, production availability and production facilities’ continue to operate as they always have.

Still, the changes have sent a ripple across the waters.

‘I'm not sure how this is going to play out in the end,’ Bill Jones, fleet manager with Bob Hurley Ford in Tulsa, Okla., tells NGT News. ‘I'm concerned with the change.’

In large part, he is most apprehensive about losing the good working relationships that he and his team had with Westport's light-duty NGV sales and marketing personnel, who have helped the dealership roll out Ford CNG offerings to his commercial-fleet customer base.

Jones also explains that, in terms of NGVs and related equipment, his dealership stocks and supplies Westport compressed natural gas (CNG) system technologies almost exclusively. And over the past year or so, Bob Hurley Ford has fulfilled about 60 customer orders for Westport-equipped Ford Super Duty trucks.

However, he does acknowledge that Westport's move to a single location for light-duty NGV work in Dallas could be good for his company and the many other businesses that have started pushing NGVs in Oklahoma – a growing hotbed of activity for natural gas in transportation applications.

‘This may be beneficial, in terms of having a centralized location,’ Jones says.

Over in North Carolina, Tindol Ford is also just beginning to see how the recent changes will affect business.

‘I have no idea what to expect,’ says Ray Garrett, who handles commercial and fleet sales for the dealership. ‘We're waiting to be informed by Westport about what their future holds.’

He notes that Tindol Ford has been relatively busy with customers' NGV orders, having recently completed a delivery of 20 CNG-powered Ford trucks, and another order of nine units is in the queue.

In turn, Garrett is a bit concerned about how Westport will re-mobilize for its dealer network. He says the company noted that pricing for NGV conversions will not be available until the second quarter – which presents a speedbump that Tindol Ford and other dealerships enthusiastic about NGVs will have to surmount.

‘We're not backing away from the [NGV] market in any form,’ Garrett says. ‘We have no intention of putting our business on hold.’

Fleets and dealerships interested in learning more about the changes from Westport itself or in making sales inquiries can click here.