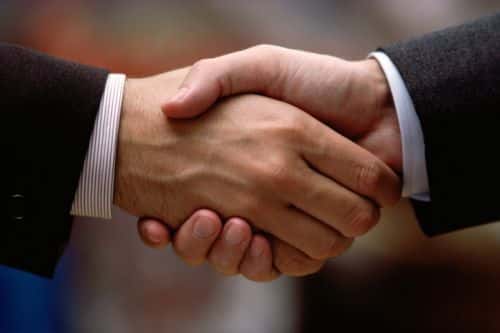 Westport Innovations Inc. and Fuel Systems Solutions Inc., parent company of IMPCO Automotive and other clean-transportation technology firms, have entered into a merger agreement. The companies say the merger will create a premier alternative fuel vehicle and engine company. The proposed deal is subject to several approvals.

According to the companies, the merger combines 17 brands in the automotive and industrial space and will allow customers and stakeholders to benefit from the consolidation of technologies and the expansion of product portfolios, long-standing OEM relationships and global distribution networks. The new entity will conduct business in more than 70 countries.

In addition, the partners say the combined company will have filed over 500 patents in compressed natural gas, liquefied natural gas, and propane autogas parts and systems worlwide.

‘The merger of these two organizations, both rich in technology innovation and with proven track records of manufacturing, production and sales, will provide greater breadth of alternative fuel systems solutions as products and development engineering to OEM partners globally,’ says David Demers, CEO of Westport.

‘We expect that the increased scale of products and consolidation of facilities will produce both cost-efficiencies and enhanced products, ultimately creating value for all our customers and our shareholders,” continues Demers. “This transaction marks a milestone in our strategic plans, whereby Westport will realize increased sales and significant cost-efficiency opportunities while continuing to focus on the development, validation and launch of its proprietary Westport HPDI 2.0 and enhanced spark ignition technology.’

‘Bringing together these two premier companies in alternative fuel technology combines our technology expertise and long-standing relationships with global OEMs, our strong shared focus on improving profitability, and aligns our corporate cultures, creating an ideal fit,” adds Costamagna “Through this transaction, we are creating a strong platform for growth in all of our addressable markets from which to best serve our customers. Our combined businesses and brands mean increased scale and relevance both internationally and in the U.S. We are confident that we have found the right partner and look forward to working together as we integrate the two companies.’

Demers and the rest of the Westport executive team will lead the combined company, while Costamagna, who is retiring as CEO of Fuel Systems, will serve in a senior advisory position of the company's new business unit, with additional titles in the organization to be determined at a later date. The companies say top talent across the combined organization will be evaluated and retained based on the organization's new structure.

Although the companies' respective boards of directors have unanimously approved the transaction, the merger is subject to regulatory approvals, including expiration or termination of the applicable waiting period under the Hart-Scott-Rodino Antitrust Improvements Act and other customary closing conditions. The transaction is also subject to the required approval of both Fuel Systems and Westport's shareholders. To date, shareholders owning 34% of Fuel Systems and 15% of Westport outstanding shares have each agreed to vote their shares in favor of the merger.

Subject to the satisfaction of closing conditions and receipt of required approvals, the companies anticipate closing the transaction in the fourth quarter of this year. Westport and Fuel Systems will operate as separate companies until that time.

According to the partners, the transaction will result in a combined equity value of $351 million based on the closing trading prices for the shares of both companies on Aug. 31, 2015, and combined annual revenues ranging from $380 million to $405 million projected for 2015.