Home Up Front How To Get Homeowners Thinking About NGVs: Give Them Refueling 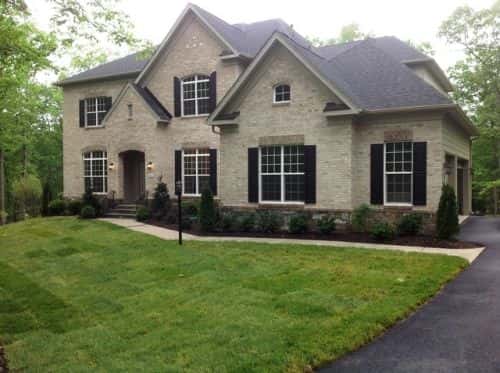 Real estate developer Trust Communities is taking a unique approach to promoting compressed natural gas (CNG) as a vehicle fuel by requiring that the high-end homes built in one of its developments come standard with home-based CNG refueling equipment.

A little history: Trust Communities owner Jay Zawatsky and his colleagues have spent the better part of a decade focusing on development activities for Foxmont, a 300+ acre luxury community in Fairfax County, Va., located just outside the Beltway to the west of Washington, D.C. The county is affluent, as well as populous and highly developed. Foxmont, at the western edge of Fairfax County, was one of the few undeveloped large parcels of land in the area.

Officials have kept close tabs on Trust Communities’ efforts related to Foxmont, largely because the development is adjacent to sacred ground: the Bull Run (First Manassas) battlefield. There were nearly 5,000 casualties during this early altercation of the Civil War, in the summer of 1861.

Very strict building codes and a desire among policy-makers to keep population density relative low on this side of Fairfax County helped define what Foxmont would become – a community of four- and five-bedroom luxury homes on sites five acres and larger, with no municipal water or sewer services. Trust Communities has contracted with regional builder Basheer & Edgemoore to construct 14 homes, and national builder K. Hovnanian Homes will construct up to 36, Zawatsky tells NGT News. The model home has already been sold.

Trust Communities approached Foxmont with the serene and bucolic nature of the area in mind, carving out miles of bridle trails and establishing 1/4-acre vegetable gardens on each home site. The requirement for a CNG refueling unit to also be installed at each home – which is specified via the contracts with the builders and through the homeowners’ association – helps fortify Foxmont’s emphasis on sustainability, Zawatsky says.

The developer partnered with Ourisman Environmental LLC, sister company of major Mid-Atlantic dealership network Ourisman Automotive Group, to coordinate the installation of the CNG refueling equipment. Ourisman is an official distributor of BRC FuelMaker equipment, and every home in the Foxmont community will include a Phill unit, installed by havePOWER LLC – whether the home buyer wants one or not.

‘You don’t have to buy a natural gas vehicle,’ Zawatsky says. ‘But why wouldn’t you?’

Zawatsky himself is an NGV owner, and he speaks with the passion of a man who has fervor for alternative fuels. It’s understandable that he believes new Foxmont homeowners will love the fact that the inexpensive fuel source is right there in the garage.

So far, he’s 1-for-1 in that assumption. As it turns out, the buyer of the first Foxmont home – the development’s model unit – owns a recycling firm that just happens to be in the process of converting some of its fleet to heavy-duty CNG-powered trucks. Despite his fervor for CNG, Zawatsky acknowledges that the buyer didn’t sign on the dotted line because of the Phill appliance in the garage.

But it certainly didn’t hurt.