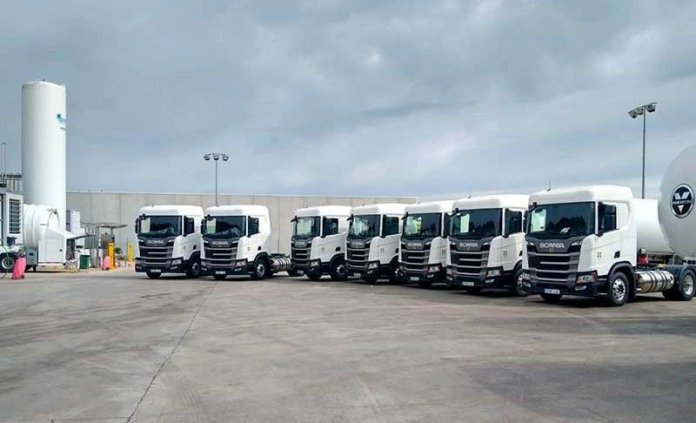 HAM Group has purchased 11 new Scania R 410 tractors that will join its fleet at Transportes HAM, a company in the road transport sector that specializes in cryogenic and flammable products.

The company’s fleet is exclusively powered by liquefied natural gas (LNG), which allows them to mitigate greenhouse gas (GHG) emissions. LNG reduces CO2 emissions by 15%, nitrogen oxides by 35% and fine particles by 95%.

HAM Group was the first European company to use LNG in its vehicles for road transport, with the aim of reducing GHGs. In 2000, the company imported 10 tractors from the U.S. that used LNG, and its fleet has continued to grow.

The new vehicles incorporated into the company’s fleet comply with ADR regulations. HAM Group will continue to expand and renew its LNG fleet to meet customer demand and to fulfill its commitment to the environment, notes the company.