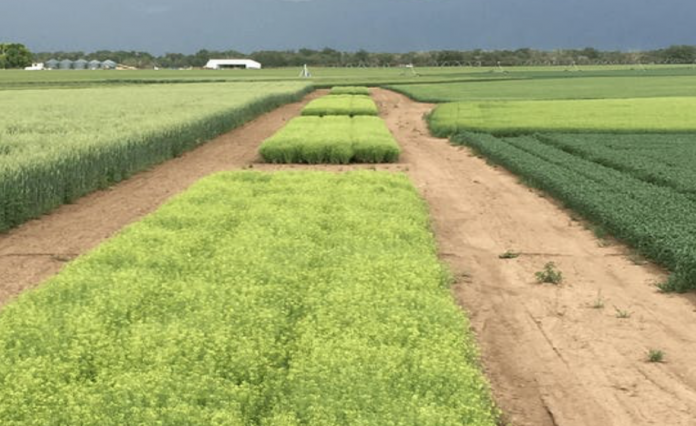 Traditionally, grown in rotation with wheat, camelina is cultivated as an alternative to fallow so as not to displace or compete with food crops. The balance of feedstock will be provided from various non-petroleum renewable feedstocks, such as used cooking oil, soybean oil, distillers’ corn oil and others.

No petroleum processing of any kind will occur hereafter at the refinery, either during or following the retooling effort. Instead, the refinery will be repurposed to become a producer of low-carbon renewable fuels that meet the needs of the California Low Carbon Fuels Standard.

“We are thrilled to announce this exciting new venture in Bakersfield, Calif.; a venture that leverages the region’s core competencies in agriculture and both traditional and alternative energy.” says Richard Palmer, CEO of GCEH.

“We expect that this project will be a catalyst for economic development and will generate both direct and indirect job opportunities in Kern County and the region,” he adds.

Fuels produced from the facility will result in significant reductions of both greenhouse gas (GHG) emissions and local air pollutants like particulate matter. The retooling is expected to take between 18 to 20 months to complete, with the primary work being conducted by union trades through a local Bakersfield EPC contractor, ARB Inc., a Primoris Services Corp. subsidiary.

The refinery already has a significant portion of the necessary equipment in place for the production of renewable diesel. An estimated 100 union tradesmen from a diverse variety of crafts will be used to conduct a full turnaround and refurbishment of the necessary equipment to produce renewable diesel. Following startup, currently anticipated to be in late 2021, the repurposed refinery is expected to supply a meaningful portion of the demand for clean-burning alternative diesel fuels in California.

GCEH has also entered into two credit facilities to finance the work to be provided by ARB Inc. and other construction companies, the clean-up of the site, the facilities’ operating costs, and other project costs during the construction and initial post-construction periods.

Located in Bakersfield within a large regional demand center, and only a short distance from the Los Angeles metropolitan area and the San Francisco Bay Area, fuels produced at the site will be available to be blended into the California transportation fuel mix. The blended fuel will reduce the overall GHG emissions and other harmful local pollutants in the San Joaquin Valley and elsewhere in California.

GCEH’s plan is to have the renewable fuels that are produced at the facility sold to, and thereafter, marketed and distributed through various partnerships, including one with a multi-national oil major.