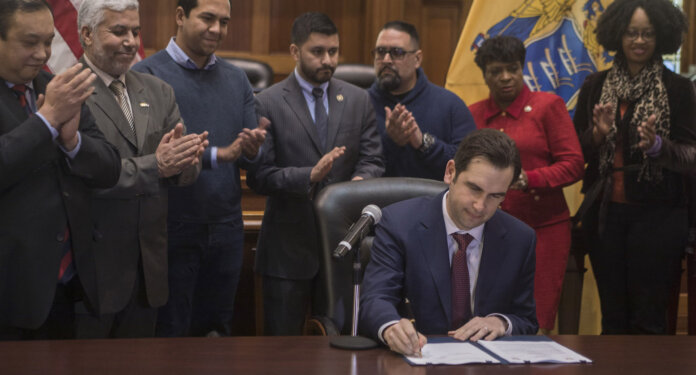 Mayor Steven M. Fulop has unveiled plans for the expansive implementation of electric vehicles (EVs) throughout Jersey City’s municipal fleet to become the first on the East Coast with fully electric garbage trucks and some of the first EV police response vehicles.

“As an administration, we have sought out innovative and resourceful ways to build a foundation for a more resilient and sustainable future, which is critical now more than ever amid the current crisis,” says Fulop.

“Transitioning to greener technology is a cost-saving, long-term investment benefiting our environment and our residents’ health. We’re leading the country in electrification, utilizing grants and community feedback to build an infrastructure that will serve as a model for others around the nation,” he adds.

The city has rapidly transitioned toward a greener future, implementing the following initiatives in just the last year:

If you would like to find out more about the city’s efforts on Climate Change, click here.