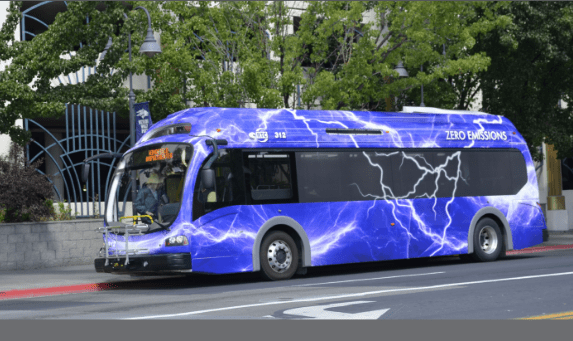 The U.S. Department of Transportation’s (DOT) Federal Transit Administration (FTA) has announced the award of approximately $39 million in federal grant funds for construction of the 4th Street/Prater Way Bus Rapid Transit (BRT) Project, which will utilize four electric buses for transportation between Reno and Sparks, Nev.

According to the FTA, the new BRT line will significantly improve transit service and connections for residents traveling between each of the cities’ downtown areas to regional employment and education opportunities, while also supporting a zero-emission transportation structure.

“The Obama administration is proud to partner with Nevada to bring more modern, reliable transit service to thousands of residents in Reno and Sparks,” says U.S. Transportation Secretary Anthony Foxx. “Access to transit means access to jobs, schools, health care and opportunity, and this new BRT line will also help to boost economic development along the corridor.”

“The FTA is awarding highly competitive grant funds for this project because there is a clear need for better alternatives to traffic-congested roads in Washoe County,” says FTA Acting Administrator Carolyn Flowers. “For many of the residents in this corridor who rely on public transportation, this BRT line will reduce transit travel times, improve transit service reliability, and provide a more reliable, enjoyable ride.”

The CMAQ program provides a flexible funding source to state and local governments for transportation projects and programs, such as electrification initiatives, to help meet the requirements of the Clean Air Act.

This is only the FTA’s latest announcement offering funding for BRT projects.

In a separate release, the FTA announced the award of $75 million in federal grant funds for construction of the Van Ness BRT Project, designed to significantly improve transit service in one of the busiest bus corridors in San Francisco. The two-mile BRT line will operate in dedicated lanes along U.S. Highway 101/Van Ness Avenue, a key route for commuters traveling between the Golden Gate Bridge and downtown San Francisco. The project includes nine side-platform stations with low-floor bus boarding and passenger shelters, as well as traffic signal priority, pedestrian improvements and the purchase of new buses.

Before that, the FTA announced the award of approximately $75 million to the Utah Transit Authority to build a 10.5-mile BRT line that will connect two communities south of Salt Lake City and provide fast and efficient service between two of the state’s biggest universities.