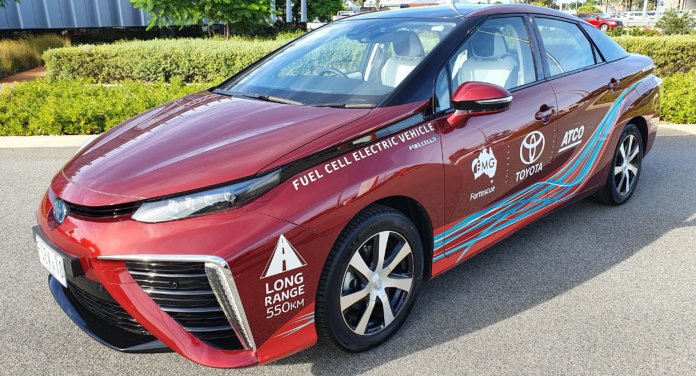 Fortescue Metals Group and ATCO Australia have signed an agreement to explore the deployment of hydrogen vehicle fueling infrastructure in Western Australia.

Under the agreement, the two parties will collaborate to build and operate a combined hydrogen production and refueling facility at ATCO’s existing facility in Jandakot in the Perth metropolitan area, with the possibility of wider deployment across the state.

The initial refueling facility will provide Fortescue, ATCO and approved third parties with the opportunity to refuel vehicles capable of utilizing hydrogen as the primary fuel source, including a fleet of Toyota Mirai fuel cell electric vehicles that have been made available by Toyota Motor Corp. Australia.

“As the world moves towards a lower carbon future, hydrogen has the potential to play a key role in the future energy mix, and we want to ensure we remain at the forefront of Australia’s renewable hydrogen industry,” says Elizabeth Gaines, CEO of Fortescue.

“Identifying and establishing partnerships is critical to unlocking the future potential of hydrogen, and we look forward to working with ATCO to capitalize on the economic opportunities associated with hydrogen and support the development of a competitive hydrogen industry,” she adds.

ATCO and Fortescue have sought funding under the state government’s renewable hydrogen fund to support the development of this infrastructure and are awaiting the outcome of this submission.