Home Up Front For One Heavy-Duty Regional Carrier, Natural Gas Is Now 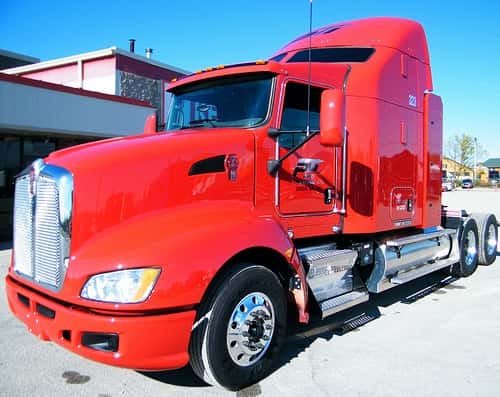 Paper Transport Inc., a regional truckload carrier based in Green Bay, Wis., is adding to its natural-gas-powered heavy-duty fleet with the addition of 10 Kenworth T660 Class 8 tractors this month.

The company also specified more CNG storage for this order: 100 DGE of CNG capacity behind the cab and 40 DGE of capacity in a side-mounted configuration. These tanks, also from Agility, offer 600 miles of driving range on a single fueling.

‘It's been a learning curve, but we're no longer testing,’ explains Jeff Shefchik, president Paper Transport. ‘We're well on our way to adopting natural gas, which we think will provide us a significant competitive advantage.’

Shefchik says 25% of the diesel-powered trucks in its 400-unit fleet will be converted to CNG by the end of this year.

On the fueling side, Paper Transport will be a key beneficiary – and anchor fleet – of a new CNG station at 1121 Radission St. in Green Bay. Co-located with a Shell station, this natural gas refueling facility was built by Trillium CNG.