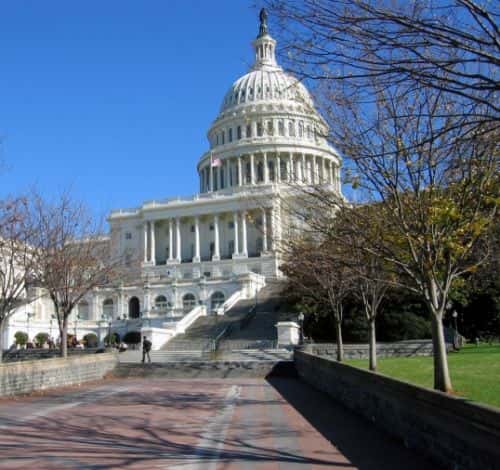 President Obama, legislators and the American public all averted a plunge off the so-called ‘fiscal cliff’ this week, and the outcome of the negotiations in Congress brought about some very positive developments for the alternative fuels space.

Although certainly less conspicuous than the overall massive tax increases and government spending cuts that would have landed if leaders in Washington had not taken action, a number of lower-profile energy tax extenders will benefit fleets and consumers alike.

Take, for instance, the alternative fuels excise tax credits and the credit for alternative fuel vehicle refueling property. The former provided a $0.50/gallon tax credit for compressed natural gas (CNG), liquefied natural gas (LNG), liquefied petroleum gas/propane autogas and other fuels. The latter involved a tax credit of up to 30% of the cost of refueling infrastructure, whether for CNG/LNG, propane, ethanol, hydrogen or electricity.

These two measures had been on the books, but they expired at the end of 2011. The legislation adopted this week extends both credits through Dec. 31, 2013, as well as applies retroactively. In general, all alt-fuel infrastructure put into service in 2012 is covered, as is the natural gas, propane and other alt fuels that fleets purchased last year.

‘This is extraordinary,’ says Richard Kolodziej, president of natural gas vehicle trade and advocacy group NGVAmerica. ‘Obviously, it's going to be a huge boost to the NGV space.’

He tells NGT News that the extension of the excise tax credit is significant because it further widens the fuel-cost gap between CNG/LNG and diesel or gasoline. The new legislation did not include tax incentives for NGV purchases or conversions, but the excise tax credit partly compensates for that void by making it even less expensive to fuel NGVs.

Kolodziej notes that members of NGVAmerica, which had pushed hard for the passage of the NAT GAS Act during 2011 and early 2012, were instrumental in getting in front of legislators to lobby for the excise tax credit extension. Their message was simple: If you cannot support NGV incentives right now, consider giving us the tax credit.

Similarly, the National Propane Gas Association (NPGA) was working tirelessly behind the scenes to get the fuel and fueling infrastructure credits into the fiscal cliff package.

‘The extension of the alternative fuel tax credit and the refueling infrastructure tax credit will help get more propane autogas vehicles on the road and encourage fleet managers to strongly consider alternative fuel options before making a decision,’ Richard Roldan, NPGA president and CEO, said in a statement.

Propane autogas refueling infrastructure is low-cost and relatively simple to deploy, and the fuel itself is cheap – to the tune of $1.50/gallon or less for some fleets.

It seems improbable – given that fleets have grown accustomed to runaway diesel and gasoline costs – but the ability to acquire fuel for less than a dollar a gallon was, in effect, being negotiated in Washington. The extension of the excise tax credit has done exactly that for propane autogas, in several instances.

‘This will clearly bring some purchasers forward,’ says Tucker Perkins, chief business development officer for the Propane Education & Research Council (PERC). He notes that the alt-fuel tax credit will dovetail with a pair of important new medium-duty truck offerings for 2013.

First, there is the much-anticipated S2G from Freightliner Custom Chassis Corp. (FCCC), which will feature a new 8.0-liter, 325 hp purpose-built autogas engine from Powertrain Integration. This chassis will be available this spring.

And later this year, the F-650 platform from Ford will be available in an autogas configuration. ROUSH CleanTech is currently wrapping up development and emissions approvals on that system.

And if your fleet includes some two- or three-wheeled plug-in electric vehicles, such as the Segways that are common in many traffic-enforcement fleets, the new legislation addresses credits for these assets, too. A tax credit of up to 10% of the cost of the EV (capped at $2,500) is available. It applies to two- and three-wheelers that were purchased after Dec. 31, 2011, and to those acquired before Jan. 1, 2014.