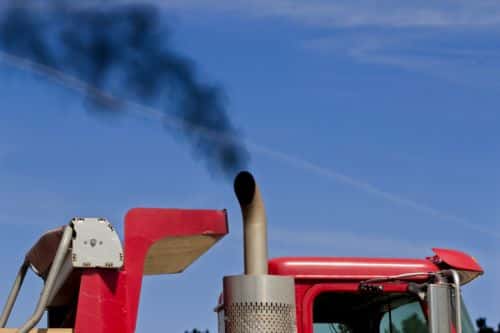 After weeks of speculation, the Obama administration has finally revealed its second phase of proposed fuel efficiency and greenhouse gas (GHG) emissions standards for medium- and heavy-duty vehicles. The administration says the new proposal builds on the Phase 1 standards already in place for model-years (MY) 2014-2018.

Many trucking industry stakeholders have welcomed the announcement, while others have raised some serious concerns and plan on making their voices heard.

The EPA and NHTSA say the proposed vehicle and engine performance standards are the product of three years of extensive testing and research. The proposed standards would cover MY 2021-2027 and apply to semi-trucks, large pickup trucks and vans, and all types and sizes of buses and work trucks.

According to the agencies, the standards would achieve up to 24% lower CO2 emissions and fuel consumption than an equivalent tractor in 2018, based on the fully phased-in standards for the tractor alone in a tractor-trailer vehicle.

The proposed standards are expected to lower CO2 emissions by approximately 1 billion metric tons, cut fuel costs by about $170 billion, and reduce oil consumption by up to 1.8 billion barrels over the lifetime of the vehicles sold under the program.

Notably, the agencies are also proposing the first-ever fuel efficiency and GHG standards for certain trailers used with heavy-duty combination tractors. The EPA trailer standards, which exclude certain categories such as mobile homes, would begin to take effect in MY 2018 for certain trailers, while NHTSA's standards would be in effect as of 2021, with credits available for voluntary participation before then.

“Once upon a time, to be pro-environment you had to be anti-big-vehicles. This rule will change that,” said U.S. Transportation Secretary Anthony Foxx. “In fact, these efficiency standards are good for the environment – and the economy. When trucks use less fuel, shipping costs go down. It's good news all around, especially for anyone with an online shopping habit.”

The agencies note the proposal does not mandate the use of specific technologies. Rather, it establishes standards achievable through a range of technology options and allows manufacturers to choose those technologies that work best for their products and for their customers. (These technologies include improved transmissions, engine combustion optimization, aerodynamic improvements and low rolling resistance tires.)

The standards would also be phased in over the long term, beginning in MY 2021 and culminating in standards for MY 2027, which the agencies say would give manufacturers the time and flexibility to plan.

Furthermore, the agencies claim the standards are flexible by allowing banking and trading emissions credits for most manufacturers, as well as providing businesses the opportunity to choose the most cost-effective path to meet the standards.

According to a fact sheet on the 1,300+ page proposal, the EPA's proposed CO2 emissions standards and the NHTSA's proposed fuel consumption standards are tailored to four regulatory categories of heavy-duty vehicles. The categories and the goals after full phase-in include the following:

Combination tractors – up to 24% lower CO2 emissions and fuel consumption compared to the Phase 1 standards;

Trailers pulled by combination tractors – up to 8% lower compared to an average MY 2017 trailer;

Vocational vehicles – up to 16% reduction relative to Phase 1; and

Unsurprisingly, various environmental organizations have lauded the Obama administration for the proposed standards.

For example, Travis Madsen Environment America's global warming solutions campaign director says in a statement, “Anyone who's ever been stuck behind a truck or bus knows how much they pollute. [This] action will mean cleaner air and help tackle the climate crisis. Making trucks go farther on a gallon of fuel can curb pollution, help save the planet and save money.”

The alternative fuel industry has also welcomed the news.Â

In a press release, NGVAmerica says it and its member companies commend the agencies for their proposal, which the organization says is expected to greatly improve the fuel efficiency and emissions performance of new medium- and heavy-duty trucks, including those powered by natural gas.

“Under the Phase 1 rule, natural gas trucks and buses are already delivering lower fuel costs and reduced emissions to fleet operators and consumers nationwide,” says Matthew Godlewski, president of NGVAmerica, in the release.

“We have appreciated the administration's collaborative effort in developing this proposal,” continues Godlewski. “We look forward to working with EPA, NHTSA and the administration to finalize a Phase 2 rule that will create new opportunities for fleets to use natural gas to further reduce fuel costs and emissions, while increasing energy security.”Â

CALSTART, a clean-transportation nonprofit, has applauded the Obama administration and is also eager to help iron out the final rules.

“We believe that U.S. leadership is critical to effectively address climate change,” says John Boesel, president and CEO of CALSTART, in a statement. “As the voice of the clean transportation industry, we pledge to work with the agencies and industry through the comment and rule completion phases. A robust and effective rule will help the clean transportation sector create innovative new technologies to clean the air, combat climate change, [and] create jobs and new economic opportunities.”

The Diesel Technology Forum says newer diesel technology has already begun to help clean up the nation's air and is poised to continue doing so.

‘New diesel vehicles are increasing their penetration in the marketplace because they are more fuel efficient, in part, due to meeting the requirements of Phase 1 of the U.S. EPA/NHTSA Fuel Efficiency standards that went into effect in 2014,” says Allen Schaeffer, the group's executive director, in a press release. “We fully expect that diesel technology will remain a dominant factor in achieving the president's newly proposed second round of truck efficiency and emissions standards.”

Schaeffer adds that the Phase 2 standards will “challenge engine and truck manufacturers to go even further in saving fuel for customers.”

The Truck and Engine Manufacturers Association (EMA), meanwhile, says it continues to support efforts to ensure that the Obama administration coordinates efforts and proposes a single, national GHG and fuel efficiency improvement program.

“As the primary manufacturers of medium- and heavy-duty engines and vehicles in the United States, EMA members successfully implemented the Phase I GHG reduction and fuel efficiency improvement standards promulgated in 2011,” states Jed Mandel, EMA president, in a press release. “The success in implementing the Phase I requirements was based on the fact that the 2011 standards were well aligned with EMA member efforts to meet customer demand for more fuel-efficient vehicles.”

“We will review the proposal to ensure that it provides adequate lead time, assures regulatory compatibility with the commercial engine and vehicle marketplace, utilizes proven effective technologies, and avoids potential unintended consequences,” adds Mandel. “We look forward to working with EPA and DOT to finalize a rule that builds on the success of the Phase I program.”

One major engine manufacturer, in particular – Cummins Inc. – has expressed its support for the new proposal.

“Cummins welcomes the proposal with its goals to improve fuel efficiency and reduce GHG emissions, creating a win-win for both customers and the environment,” says Dave Crompton, engine business president of Cummins Inc., in a press release. “We are pleased that the new proposal builds upon the Phase 1 framework that aligns technological advances and industry success.”

“Cummins will continue to put our customers first, while building on the past 30 years in which we've reduced engine emissions in North America by more than 99 percent,” he says. “Following the achievement of near-zero emissions in 2010, we have improved the fuel efficiency of the Cummins ISX15 by more than 10 percent.”

The American Trucking Associations (ATA) says it supports the administration's second round of rules for commercial trucks, but the group remains concerned the proposed rule may result in the use of certain technologies on vehicles before they can be fully tested.

“Fuel is an enormous expense for our industry – and carbon emissions carry an enormous cost for our planet,” says ATA President and CEO Bill Graves, in a press release. “That's why our industry supported the Obama Administration's historic first round of greenhouse gas and fuel efficiency standards for medium and large trucks and why we support the aims of this second round of standards.”

Since the first round of efficiency standards were announced in 2011, ATA says it has been working to evaluate the mandates' impact on the trucking industry and has been in constant dialogue with the federal agencies to make sure the second round of standards can be effectively implemented by the industry.

“ATA has adopted a set of 15 “guiding principles' for Phase 2,” notes ATA Vice President and Energy and Environmental Counsel Glen Kedzie. “And based on conversations with regulators and a preliminary review, this proposal appears to meet 14 of those.

“We believe this rule could result in the deployment of certain technologies that do not fully recognize the diversity of our industry and could prove to be unreliable. This unreliability could slow not only adoption of these technologies, but the environmental benefits they aim to create,” says Kedzie. “To prevent this, truck and engine manufacturers will need adequate time to develop solutions to meet these new standards.”

Kedzie adds that fuel is typically a fleet's first- or second-largest operating expense, and most fleets seek a return on their investment in new equipment within 18 to 24 months.

“In 2014, trucking spent nearly $150 billion on diesel fuel alone,” he says, “so the potential for real cost savings and associated environmental benefits of this rule are there – but fleets will need a wide variety of proven and durable technologies to meet these new standards throughout the various implementation stages.”

The National Automobile Dealers Association and its American Truck Dealers (ATD) division have also raised some serious concerns about the new proposal in a statement.

‘Affordable transportation is the bedrock of the American economy, and adding – by the administration's own estimate – an average of just under $12,000 to the cost of a new truck through mandates based on potentially untested technologies is a great risk to a still-fragile economy,” the groups say.

“The costs could even drive small fleets and owner-operators out of business, costing jobs and only further impeding economic growth,” they add. “While supportive of affordable fuel-economy improvements, ATD is closely reviewing the proposal and the many potential impacts it will have on truck dealerships and their customers.’

The EPA and NHTSA says a high level of engagement with stakeholders will continue to be critical, as feedback will be instrumental to the agencies' work to finalize the Phase 2 standards by 2016.

A public comment period will be open for 60 days after the proposal is published in the Federal Register. In addition, NHTSA and EPA say they will host two public hearings and continue their open-door policy of meeting with stakeholders over the course of the comment period.

More details on the Phase 2 proposal can be found here.