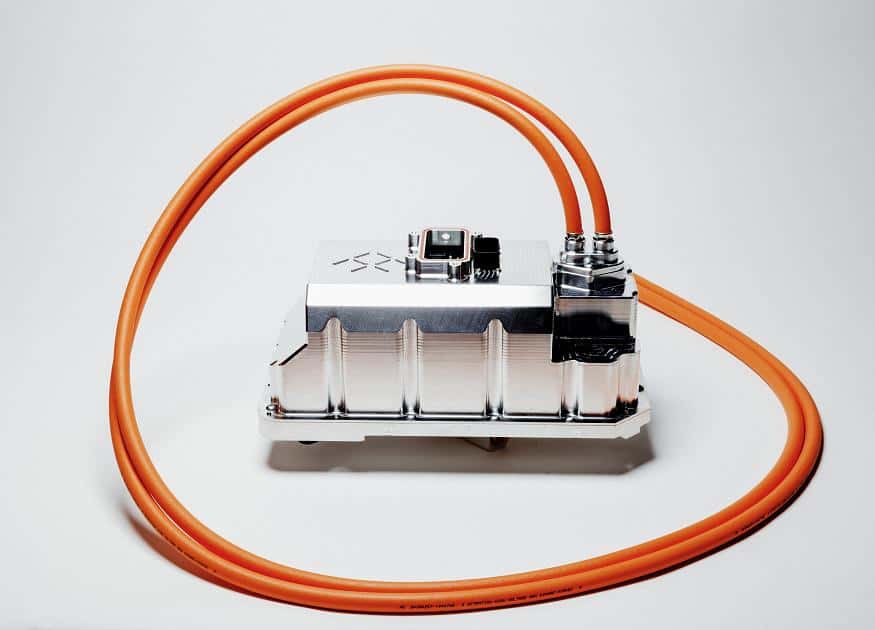 Electric automaker Faraday Future (FF) has earned its first U.S. patent (#9,241,428 B1) for a potent power inverter it has dubbed the “FF Echelon Inverter.”

Instead of trying to put together a functioning inverter from off-the-shelf parts, FF engineers instead pursued an entirely original inverter architecture – one that offered a simpler, more straightforward design.

“Condensing the number of transistors and other complex components enhances the inverter’s overall stability and dependability, allowing us to accomplish far more with fewer materials,” says Hiti.

Concentrating the FF Echelon Inverter’s design to its core elements makes it far easier to monitor and ensure against these intricate issues, according to FF, resulting in a safer, more dependable machine.

FF says that production of its Echelon Inverter will be less demanding, as well – both in the complexity of the process and its environmental impact. Its overall package will also be more compact, allowing for expanded interior cabin space and a more comfortable passenger experience.

According to FF, the Echelon Inverter achieves 20%-30% greater power density than competitors’ applications, allowing it to transform that many more watts for every gram of its weight.

The FF Echelon Inverter was conscientiously engineered to manage power levels well beyond the known limits of electric vehicles today and offer industry-leading performance in the years to come.

FF says that over the last year, it has submitted over 100 new patents to the U.S. patent office.

How on earth did they get claim 1 past the USPTO? It describes just about every other inverter on the market.