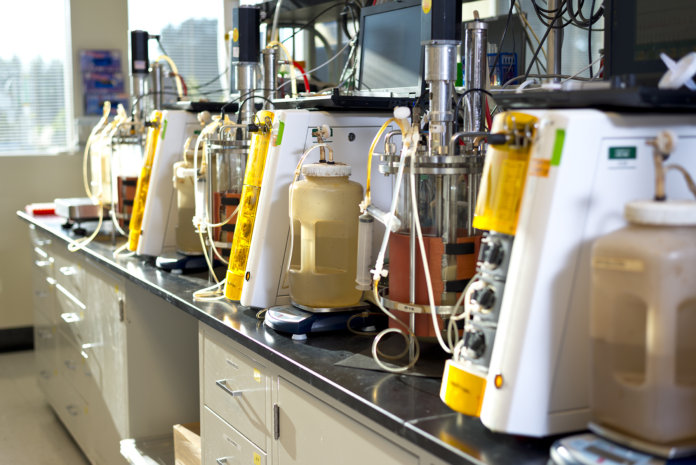 ExxonMobil and Renewable Energy Group (REG) announced that by utilizing REG’s patented fermentation technology, the companies’ joint research program has demonstrated the ability to convert sugars from a variety of non-edible biomass sources into biodiesel.

“Our first challenge during the initial research was to determine technical feasibility and potential environmental benefits,” says Vijay Swarup, vice president of research and development at ExxonMobil Research and Engineering Co. “We’re optimistic as the results indicate good potential for advancing the technology, and we look forward to continuing our work with REG Life Sciences.”

During their initial research, the companies successfully validated the feasibility of the REG Life Sciences fermentation technology across multiple cellulosic sugar compositions produced with a variety of methods from various non-edible biomass sources. The research also confirmed REG Life Sciences technology is capable of achieving substantial reductions of full-lifecycle greenhouse gas emissions compared to traditional diesel fuel, according to the partners.

ExxonMobil signed an agreement with REG in January 2016 to study the production of biodiesel through fermentation of renewable cellulosic sugars from sources such as agricultural waste. The companies say they have agreed to extend the research program based on their positive findings and are excited to continue to jointly explore the technology’s potential for scalability.

“Biofuels today are made largely from food sources, such as corn and sugar cane,” says Swarup. “ExxonMobil is challenging that paradigm by exploring a portfolio of large-scale biofuels solutions that do not compete with food and water. Our work with REG Life Sciences has been critical to better understanding the potential for converting cellulosic feedstock from agricultural waste into a commercially viable diesel fuel, as well as the lifecycle greenhouse gas implications of that process.”

REG Life Sciences has developed proprietary technology that relies on microbes to convert cellulosic sugars into biodiesel in a one-step fermentation process. According to the partners, cellulosic feedstocks derived from agricultural waste contain multiple types of sugars, including glucose and xylose, as well as impurities that can inhibit the fermentation process.

“ExxonMobil has been a great partner, and we are proud of what we have accomplished to date,” says Eric Bowen, vice president of REG Life Sciences. “The Life Sciences team, led by Fernando Sanchez-Riera, senior director, Fermentation Process Development, made key discoveries in advancing the commercialization of fermenting diverse cellulosic sugars into renewable, clean-burning diesel fuel. We are excited to take these discoveries to the next level.”

According to the partners, a breakthrough in cellulosic biodiesel production could have broad implications for the transportation sector by accelerating the reduction in emissions.

ExxonMobil notes it is also actively researching other emission-reducing technologies, including algae biofuels and carbon capture and sequestration. In June 2017, ExxonMobil and partner Synthetic Genomics Inc. announced a breakthrough in joint research into advanced biofuels involving the modification of an algae strain that more than doubled its oil content without significantly inhibiting the strain’s growth.