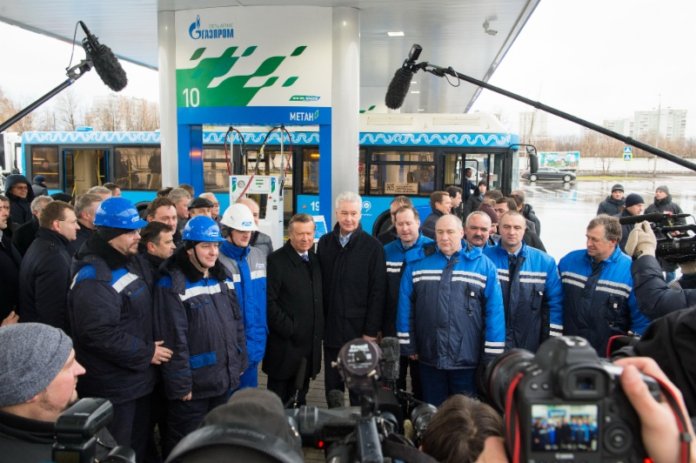 The station, which is located on Levoberezhnaya St. in Moscow’s Northern Administrative District, was designed to reach a capacity of nearly 30 million cubic meters of CNG annually. It is situated next to the Zelenograd Motor Combine – a facility owned by Mosgortrans that operates 155 natural gas-powered buses.

“Russia has the largest reserves of natural gas in the world,” said Viktor Zubkov, chairman of Gazprom’s board of directors. “In view of that potential, a few years ago we embarked on an ambitious effort to develop refueling infrastructure that uses affordable and eco-friendly vehicle fuel.”

The utility says it has constructed 43 CNG stations in 24 Russian regions in the last three years alone. Moscow itself will see an additional four stations come online by next summer.

“They will comply with the highest quality and safety standards,” Zubkov said. “Over the next two years, Gazprom will establish a full-fledged NGV refueling network in the region.”

There are currently two CNG stations owned by Gazprom in greater Moscow, along with eight operated by Mosavtogaz.