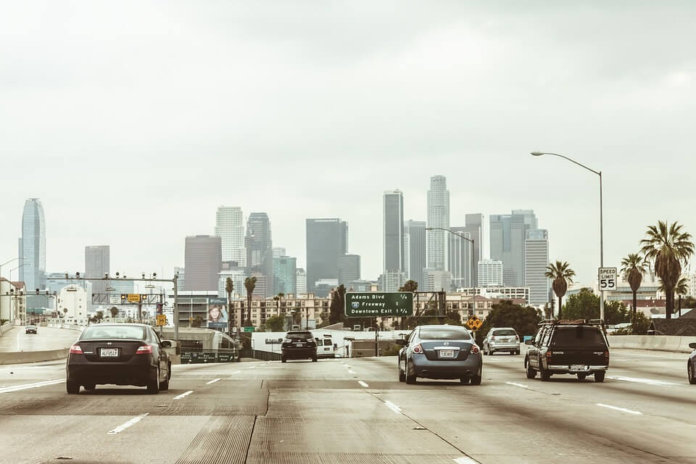 Scott Pruitt, administrator of the U.S. Environmental Protection Agency (EPA), has determined that greenhouse-gas (GHG) emissions standards for cars and light trucks for model years 2022-2025 are not appropriate and must be revised.

In a press release, Pruitt announced the completion of the Midterm Evaluation (MTE) process for the standards. He also announced the start of a joint process with the National Highway Traffic Safety Administration (NHTSA) to develop a notice and comment rulemaking to set more appropriate GHG emissions standards and Corporate Average Fuel Economy (CAFE) standards.

“The Obama administration’s determination was wrong,” claims Pruitt. “Obama’s EPA cut the Midterm Evaluation process short with politically charged expediency, made assumptions about the standards that didn’t comport with reality and set the standards too high.”

Under the Clean Air Act (CAA), the EPA sets national standards for vehicle tailpipe emissions of certain pollutants. Through a CAA waiver granted by the EPA, California can impose stricter standards for vehicle emissions of certain pollutants than federal requirements, the agency explains. The California waiver is still being re-examined by the EPA under Pruitt’s leadership.

“Cooperative federalism doesn’t mean that one state can dictate standards for the rest of the country. EPA will set a national standard for greenhouse-gas emissions that allows auto manufacturers to make cars that people both want and can afford — while still expanding environmental and safety benefits of newer cars,” Pruitt continues. “It is in America’s best interest to have a national standard, and we look forward to partnering with all states, including California, as we work to finalize that standard.”

As part of the 2012 rulemaking establishing model year 2017-2025 light-duty vehicle GHG standards, the EPA says it made a regulatory commitment to conduct an MTE of the standards for model years 2022-2025 no later than April 1, 2018. This evaluation would determine whether the standards remain appropriate or should be made more or less stringent.

In November 2016, the Obama administration “short-circuited” the MTE process and rushed its final determination on Jan. 12, 2017, just days before leaving office, the EPA claims, adding that since then, the auto industry and other stakeholders have sought a reinstatement of the original MTE timeline so that the agency could review the latest information.

The EPA and the U.S. Department of Transportation (DOT) announced a re-establishment of the MTE process in March 2017. And, in August 2017, the EPA re-opened the regulatory docket and asked for additional information and data relevant to assessing whether the GHG emissions standards remain appropriate, including information on consumer behavior, feedback on modeling approaches, and assessing advanced fuels technologies. The EPA also held a public hearing on this topic.

In response to the EPA’s announcement, several environmental groups are denouncing the decision.

“As a representative of hundreds of companies and entrepreneurs creating jobs in America’s clean economy, the Northeast Clean Energy Council [NECEC] is disappointed in the Environmental Protection Agency​’s move​ to reverse course on the nation’s clean cars standards,” says Peter Rothstein, president of NECEC. “The existing standards are driving cost-effective​ technological innovation across the country. ​The rollback ​of these standards is ​out of touch with ​our 21st-century economy​ and growing consumer ​demand for clean transportation​.

“Fortunately, the standards in place in the nation’s clean cars states, representing over one-third of the national auto market, will allow cleantech entrepreneurs to stay focused on developing and delivering the advanced technology that meets this demand,” he continues.

“In spite of the EPA’s failure to prioritize the competitiveness of America’s transportation sector, businesses across the Northeast will roll up their sleeves and continue to bring about transportation innovation that will define American leadership and economic success in the 21st century,” Rothstein adds.

“Clean car standards protect all Americans from unnecessarily high fuel costs and from pollution that is dangerous to their health,” comments Daniel Sosland, president of the Acadia Center, a clean energy nonprofit based in Maine. “Rolling back these standards will damage the country’s economy and its competitive position, contrary to erroneous assertions by EPA. EPA’s decision will cost consumers a net savings of about $1,600 over the lifetime of a car, increase pollution that causes and exacerbates asthma, and unnecessarily pour more emissions that cause climate change back into the atmosphere.”

“The Trump administration’s decision will take America backward by jeopardizing successful safeguards that are working to clean our air, save drivers money at the pump, and drive technological innovation that creates jobs,” adds Luke Tonachel, director of the Natural Resources Defense Council’s (NRDC) Clean Vehicles and Fuels Project. “The American public overwhelmingly supports strong vehicle standards because they cut the cost of driving, reduce air pollution and combat climate change. Backing off now is irresponsible and unwarranted.”

According to NRDC, since the EPA and DOT set joint guidelines for vehicle GHG emissions and fuel economy beginning with model year 2012, drivers have saved $49 billion on gas, and new cars are emitting 230 million fewer metric tons of carbon – equivalent to the annual emissions spewed by 56 coal-fired power plants.

In addition, NRDC claims, more than 288,000 manufacturing workers in 48 states now build the technologies that make vehicles cleaner and more fuel efficient – because the standards reward innovation and give manufacturers the certainty to invest in building the cars of the future, the group says.

On the other hand, John Bozzella, president and CEO of the Association of Global Automakers, states, “We appreciate the EPA’s data-driven process in arriving at its final determination that adjustments to the national GHG program are needed. This is the first step in a longer rulemaking process, and the best way to achieve our collective goals is under a single national program that provides an aggressive but achievable pathway, a variety of compliance tools and factors in the role of customers.”

He adds, “The world market is shifting to low-carbon transportation, and the United States needs to remain competitive. The auto industry can best achieve its goals when there is regulatory certainty, consistency and room to innovate. Manufacturers need to sell vehicles that customers need and want today to fund the technological shifts in electrification and automation expected in the future. All stakeholders – federal, state, industry and others – need to be working together now on next steps following this final determination.”

Likewise, in a statement, the Alliance of Automobile Manufacturers, says, “This was the right decision, and we support the administration for pursuing a data-driven effort and a single national program as it works to finalize future standards. We appreciate that the administration is working to find a way to both increase fuel economy standards and keep new vehicles affordable to more Americans.”

According to a press release from Gov. Jerry Brown, D-California, California previously intervened in a lawsuit filed by the Alliance of Automobile Manufacturers. The lawsuit challenged the EPA’s January 2017 determination that the vehicle emission standards for years 2022-2025 are feasible. In addition, last year, Brown wrote a letter to Pruitt calling President Donald Trump’s decision to review emissions standards for cars “an unconscionable gift to polluters” that “put the interests of big oil ahead of clean air and politics ahead of science.”

“Watch out for this belated April Fools’ Day trick,” Brown says in a statement. “This cynical and meretricious abuse of power will poison our air and jeopardize the health of all Americans.”

New York Attorney General Eric T. Schneiderman adds in a release, “By cooking the books on its review of national auto emissions standards, the Trump administration is putting special interests ahead of New Yorkers’ health and wallets.

“This illegal rollback of achievable, commonsense fuel efficiency and pollution standards for cars will result in higher fuel costs and more dangerous air pollution, including the carbon dioxide that drives climate change – creating real, direct and damaging impacts on New Yorkers and our environment.

“We stand ready to take legal action to block the Trump administration’s reckless and illegal efforts to reverse these critical standards and the gains we’ve made in ensuring cars are more fuel-efficient and less polluting.”