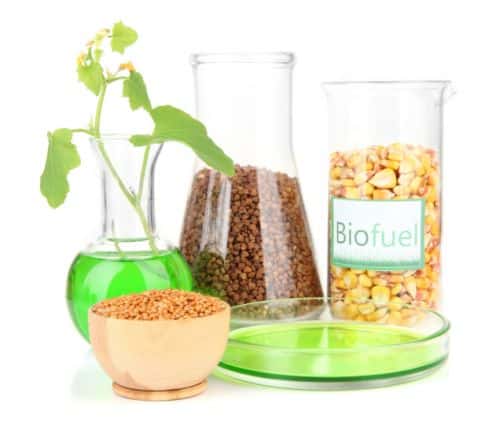 The U.S. Environmental Protection Agency (EPA) has announced its long-awaited proposed volume requirements under the Renewable Fuel Standard (RFS) program for the years 2014, 2015 and 2016, as well as proposed volume requirements for biomass-based diesel for 2017. However, reactions from the biofuels sector and industry supporters have been mixed, with one disappointed U.S. senator saying, ‘It's Christmas in May for Big Oil.’

The EPA, meanwhile, says its proposal would boost renewable fuel production and provide for ambitious-yet-responsible growth over multiple years, supporting future expansion of the biofuels industry.

“This proposal marks an important step forward in making sure the Renewable Fuel Standard program delivers on the Congressional intent to increase biofuel use, lower greenhouse-gas (GHG) emissions and improve energy security,” says Janet McCabe, the acting assistant administrator for the EPA's Office of Air. “We believe these proposed volume requirements will provide a strong incentive for continued investment and growth in biofuels.”

Under the RFS program, the EPA is responsible for developing and implementing regulations to ensure that transportation fuel sold in the U.S. contains a minimum volume of renewable fuel.

The agency says that after extensive outreach and dialogue with the agricultural community, biofuel producers, and the oil and gas industry, the EPA is proposing to establish 2014 standards at levels that reflect the actual amount of domestic biofuel use in that year, and standards for 2015 and 2016 (and 2017 for biodiesel) that increase steadily over time.

The EPA's proposed renewable fuels volumes are as follows (Note: Units for all volumes are ethanol-equivalent, except for biomass-based diesel volumes, which are expressed as physical gallons):

The agency says it is proposing to use the tools provided by Congress to adjust the standards below the statutory targets, but the steadily increasing volumes in the proposal indicate that biofuels remain an important part of the nation's overall strategy to enhance energy security and address climate change.

Praise and backlash
Several industry groups, including the National Biodiesel Board (NBB) and the Advanced Biofuels Association (ABFA), have issued statements welcoming the EPA's RFS proposal, but the organizations are still calling for improvements in the final rule.

“This proposal is a significant step in the right direction,” says NBB CEO Joe Jobe. “It is not perfect, but it will get the U.S. biodiesel industry growing again and put people back to work.”

“However, more can be done, and we particularly look forward to working with the administration on strengthening biodiesel volumes for 2016 and 2017 during the comment period in the coming weeks,” adds Jobe.

NBB says that in the EPA's initial proposal in November 2013, the agency called for holding the biodiesel standard flat at 1.28 billion gallons through 2015 – an effective cut from actual annual production in 2013 and 2014 of about 1.8 billion gallons. The EPA withheld a final rule and has yet to finalize 2014 volume standards; in fact, NBB recently blamed such policy uncertainty for the U.S. biodesel market's slump last year.

NBB notes it had also requested more aggressive growth to a biodiesel standard of 2.7 billion gallons by 2017, along with additional growth in the overall “advanced biofuel” category.

“Biodiesel is one of the most practical, cost-effective means we have for cutting carbon emissions in the transportation sector, and there is no doubt that the industry can exceed the EPA's proposed volumes in a sustainable way using domestic resources,” adds Jobe.

Regarding the final rule, due out in November, he says, “It is imperative that we get it right.”

Meanwhile, ABFA President Michael McAdams says his organization looks forward to reviewing the “the complex, multi-year proposal” and is “grateful for the EPA's good-faith efforts to support this industry.”

“Today's proposal is a step in the right direction and gives more growth potential to advanced and cellulosic biofuels relative to the original proposal,” says McAdams. “However, we continue to believe that the cellulosic waiver credit and other areas require legislative reform. We look forward to continuing to work with Congress and the [Obama] Administration to reform and strengthen the RFS so it can deliver on the promise of next-generation renewable fuels.”

The Renewable Fuels Association, on the other hand, argues that the EPA's RFS proposal goes against the statute's original intentions and is not in the best interest of consumers.

The group claims that the EPA “continues to cling to the “blend wall' methodology that falsely claims ethanol has reached its saturation point at a 10 percent ethanol blend and that higher-level ethanol blends, such as E15 and E85, are not yet large enough to justify a higher [renewable volume obligation (RVO)].”

Bob Dinneen, president and CEO of the Renewable Fuels Association, says in a statement, “EPA has to be given some credit for attempting to get the RFS back on track by increasing the renewable volume obligations over time. But the frustrating fact is the agency continues to misunderstand the clear intent of the statute – to drive innovation in both ethanol production and ethanol marketing.

“The agency has eviscerated the program's ability to incentivize investments in infrastructure that would break through the blend wall and encourage the commercialization of new technologies,” continues Dinneen. “By adopting the oil company narrative regarding the ability of the market to effectively distribute increasing volumes of renewable fuels, rather than putting the RFS back on track, the agency has created its own slower, more costly, and ultimately diminished track for renewable fuels in this country.

“Today's announcement represents a step backward for the RFS,” he claims. “EPA successfully enforced a 13.8 billion gallon RVO in 2013. The industry produced 14.3 billion gallons of ethanol last year. There is no reason to promulgate an RVO rule that takes us backward. All it will do is result in an ever-increasing supply of renewable fuel credits (RINs) that will further discourage private-sector investment in infrastructure and technology. This doesn't make sense.”

U.S. Sen. Chuck Grassley, R-Iowa, has also issued a response to the EPA's proposal, and he appears none too happy. Recently, Grassley joined a bipartisan group of over 30 senators in sending a letter to the EPA calling for a “strong RFS.”

“It's Christmas in May for Big Oil,” he says in a statement. “President Obama's EPA continues to buy into Big Oil's argument that the infrastructure isn't in place to handle the fuel volumes required by law.

“Big Oil's obstruction and the EPA's delays and indecision have harmed biofuel producers and delayed infrastructure developments,” Grassley continues. “While I support the Agriculture Department's efforts to promote alternative fuel infrastructure, if the program were allowed to function as intended, private investments already would have been made.

“Today's proposal is just as harmful to biofuels as what the EPA put out in November 2013, and it's 18 months late. What happened to the president who claimed to support biofuels? He seems to have disappeared, to the detriment of consumers and our country's fuel needs.”Â

The EPA will hold a public hearing on its RFS proposal on June 25 in Kansas City, Kan. The period for public input and comment will be open until July 27, and the EPA will finalize the volume standards by Nov. 30.

More information about the EPA's RFS proposal is available here.