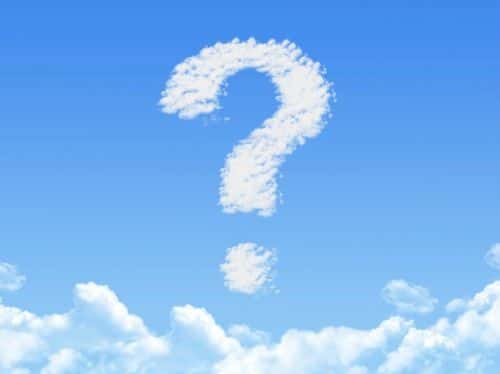 Shifting from diesel fuel to natural gas to power the U.S.' heavy-duty commercial trucking sector would achieve widely promised climate benefits, but only if widespread emissions of heat-trapping methane across the natural gas value chain are reduced, according to a new study co-authored by researchers from Environmental Defense Fund (EDF).

EDF says the findings of the study, published in the journal Environmental Science & Technology, have implications for truck and engine manufacturers, shippers, fleet operators and policymakers, many of whom look to the operational advantage in carbon-dioxide (CO2) emissions to justify the higher cost and reduced fuel efficiency of a natural gas truck.

However, the report claims the challenge is that methane – the main ingredient in natural gas – has 84 times the climate-warming power of CO2 over a 20-year timeframe. Methane is released into the atmosphere at every step of the natural gas value chain, from production wells to the vehicle fuel tanks, the report says.

“Natural gas trucks have the potential to reduce overall climate impacts compared to diesel, but only if we clean up the highly potent greenhouse-gas emissions from the systems that produce and deliver the fuel,” says Jonathan Camuzeaux, a study author and senior economic analyst at EDF. “Otherwise, the net warming effect is actually a negative one for 50 to 90 years after the fuel is burned.”

“Technology moves fast. The time to get ahead of this question is now, before this industry hits a major growth spurt,” warns Jason Mathers, a commercial transportation expert working closely with shippers and truck makers in EDF's Corporate Partnerships Program. “Reducing methane leaks upstream of the vehicles themselves will determine whether a shift in fuels will have a cost or a benefit for the climate.”

The report says several policies are in play that could improve the climate prospects of natural gas trucks, including upcoming federal fuel-efficiency and greenhouse-gas standards for heavy trucks and recently announced federal upstream methane regulations.

According to the report, improvements in fuel efficiency could help ensure these natural gas vehicles are climate friendly. It claims today's natural gas truck engines are typically 5% to 15% less efficient than diesel engines, and consuming more fuel for each mile traveled reduces the relative CO2 savings. If that efficiency gap can be closed, the report says, natural gas trucks will fare that much better compared to diesel.

“The opportunity is there to achieve a climate benefit, provided we address the powerful emissions both from the fuel-supply system and the vehicle,” says Camuzeaux.

EDF says more information is needed to estimate with confidence the current climate footprint of trucks, as well as to get a better understanding of methane loss along the natural gas value chain. The group notes it and partners are currently working on further research and that this paper is separate and does not use any data from those ongoing studies.

“Policymakers who want to address climate change should use caution before promoting a switch to natural gas in the trucking sector until we are more certain about the magnitude of methane loss and have acted sufficiently to reduce emissions and improve natural gas engine efficiency,” concludes Mathers.

As one might expect, NGVAmerica, the nation's natural gas vehicle industry association, has issued a response to EDF's report.

“This study clearly demonstrates that there is a role for natural gas in addressing climate change,” says Matthew Godlewski, president of NGVAmerica, in a statement. “We welcome all credible insight into paths for improving emissions, yet it's confusing that the Environmental Defense Fund has chosen to conduct and release another study, outside of the cooperative work already underway.”

According to NGVAmerica, its group members have worked in close collaboration with the EDF and its academic partners on a soon-to-be published “Pump to Wheels Methane Leakage” study. NGVAmerica says that report is based on extensive research and provides a critical baseline to end speculation about actual in-use methane leaks from natural gas stations and vehicles.

“The NGV industry has consistently been a leader in developing new technologies and using innovation to further reduce emissions and improve air quality. Renewable natural gas and near-zero-emission engines are two examples that will play significant roles in future NGV transportation solutions,” says Godlewski. “Natural gas is the cleanest, most economical, and abundant domestic transportation fuel, delivering immediate benefits on the road to sustainable mobility.”

Meanwhile, the group also points to a host of past studies, including one led byÂ Washington State University researchers. NGVAmerica says that study found methane emissions from local natural gas distribution systems in cities and towns throughout the U.S. have decreased in the past 20 years, with significant variation by region.

The researchers found that upgrades in metering and regulating stations, changes in pipeline materials, better instruments for detecting pipeline leaks, and regulatory changes have led to methane emissions that are from 36% to 70% lower than EPA estimates when the data gathered for the study are combined with pipeline miles and number of facilities.

NGVAmerica also notes a Colorado State University-led research team completed a comprehensive field study of the amount of methane being emitted at the nation's natural gas transmission and storage infrastructure. Of the 45 facilities sampled, 43 had methane emissions at or below 200 scfm. Two of the sites, however, were classified as “super emitters.” Without the two super emitters, NGVAmerica notes, average methane emissions recorded during the study were lower than the EPA's Greenhouse Gas Inventory estimate for a key subset of the inventory.