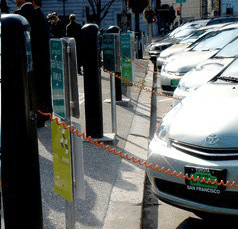 The U.S. Department of Energy (DOE) has released its 2011 Critical Materials Strategy, a report that examines the role that rare-earth metals and other key materials play in clean energy technologies such as electric vehicles (EVs).

According to the report, several clean energy technologies use materials that are at risk of supply disruptions in the short term, with risks generally decreasing in the medium and long terms. Supply challenges for five rare-earth metals – dysprosium, neodymium, terbium, europium and yttrium – may affect clean energy technology deployment in the years ahead, the DOE says.

This report serves as the DOE's second on this topic and provides an update to last year's analysis. Using a methodology adapted from the National Academy of Sciences, the report includes criticality assessments for 16 elements based on their importance to clean energy and supply risk.

For example, permanent magnets (PMs) containing rare-earth materials neodymium and dysprosium are utilized in the motors of almost all mass-produced hybrid electric vehicles (HEVs) and EVs to propel them during electric drive operation. Although the use of such PMs in these applications is growing due to the significant performance benefits they provide, the report warns that a number of technical, economic and policy factors may further volatile pricing and lead to supply shortages.

In response to the potential threat and in search of certainty, some EV manufacturers are currently pursuing rare-earth-free options as alternatives to PM motors.

Induction motors, which the DOE says are larger than those with PMs but easier to cool and possibly more efficient, are already being used in several niche EVs, including the Tesla Roadster and Mini-E. In addition, the report says, Toyota announced in early 2011 that it was developing an induction motor design that could be used in a range of vehicles with electric drives.

Switched reluctance motors (SRMs), which operate by electronically switching an electromagnetic stator field to drive an iron stator, have also emerged as a potential substitute, the report adds. SRMs, however, have traditionally suffered from noise and vibration problems, but advances in electronic control and precision machining of motor parts have made them more viable.

Manufacturers aside, the DOE is also working to develop clean energy technologies and reduce the nation's reliance on critical materials through various initiatives. Case in point, the department's Advanced Research Projects Agency-Energy, under its Rare Earth Alternatives in Critical Technologies program, recently awarded General Atomics and the University of Texas at Dallas a $2.8 million grant to develop a “double stator” SRM for EVs.

The DOE notes that its critical-materials research and development plan is aligned with the three pillars of the department's strategy: diversifying supply, developing substitutes and improving recycling.