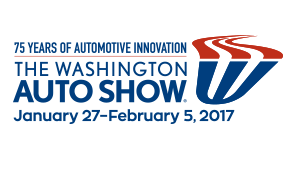 With recent major announcements of new clean diesel engine options in the U.S. sedan, SUV and pickup truck markets, the Washington Auto Show will give policymakers and consumers an opportunity to see how diesel technology fits in the future plans of automakers and consumers.

“Last year was a record-setting year for light truck and SUV sales in the U.S., and the recent announcements by Ford of a diesel engine option in its 2018 F-150 and General Motors for a diesel engine option in the 2018 GMC Terrain demonstrates that clean diesel is still an important part of the current and future lineups for manufacturers in the U.S.,” says Allen Schaeffer, the executive director of the Diesel Technology Forum.

The Washington Auto Show, which will include more than 600 new models from more than 35 manufacturers, also features the Jaguar XE 20d and Range Rover Td6. The winner will be announced on Thursday, Jan. 26.

“At the outset of 2017, the viability of diesel as a future option for passenger cars, trucks and SUVs in the U.S. is no longer in question,” comments Schaeffer. “Ford’s announcement of a new diesel in the F-150, the most popular-selling vehicle in the U.S. for the past 40 years, speaks volumes about the future for diesel.

“Consumers today are increasingly looking for the right combination of long-term value, utility, fuel efficiency, range and performance in their next personal transportation choice, which is exactly why an increasing number are considering diesel options.

“Diesel fuel is widely accessible today and growing – now at over half of all service stations. With fuel-efficiency advantages of 30 percent over gasoline, no compromises are required for finding a car, light truck or SUV that meets the needs of today’s auto buyer.

“And more consumers than ever are attracted to the diesel option because they can choose to use blends of high-quality renewable diesel and biodiesel fuels in their vehicles, further reducing their carbon footprint,” he continues. “In fact, last week, GM announced that their full diesel lineup of 20 diesel models is approved for use with B20 biodiesel.”