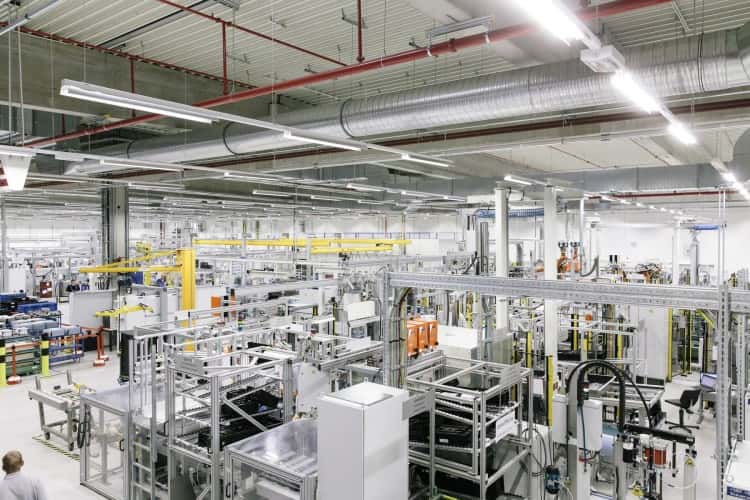 German automaker Daimler has announced that it’s investing EUR 500 million in the construction of a new battery factory in Germany. The new factory will produce lithium-ion batteries for electric and hybrid vehicles of the Mercedes-Benz and smart brands. As a first step, the full Daimler subsidiary has purchased about 20 hectares of land adjacent to the existing battery factory.

“To get closer to fully electric driving, we keep investing big in the key component of emission-free vehicles: powerful batteries. We are now devoting another EUR 500 million to build a second battery factory in Germany. This underlines our commitment to the consistent expansion of electromobility,” says Dieter Zetsche, chairman of the board of management at Daimler AG and head of Mercedes-Benz Cars.

With the growing electrification of the automobile, the demand for highly efficient lithium-ion batteries is also rising steadily. Through its entry into the new business field with stationary battery storage for private and industrial applications, Daimler says it will tap into additional growth opportunities.

Daimler’s subsidiary Deutsche ACCUMOTIVE had already announced its plans for a significant increase in its production capacities and an investment of around EUR 100 million in the expansion of the existing battery factory. “With the purchase of the new land, our production area at the site will be tripled. The previous 20,000 square meters will be stocked up by an additional 40,000 square meters of production space. We will expand the production capacity consistently in the coming years,” says Harald Kröger, head of development of electrics and electronics and e-Drive for Mercedes-Benz Cars.

The groundbreaking ceremony for the new factory is planned for this fall. The topping-out ceremony will then follow in spring 2017. The new production plant is to start operations in summer 2017.