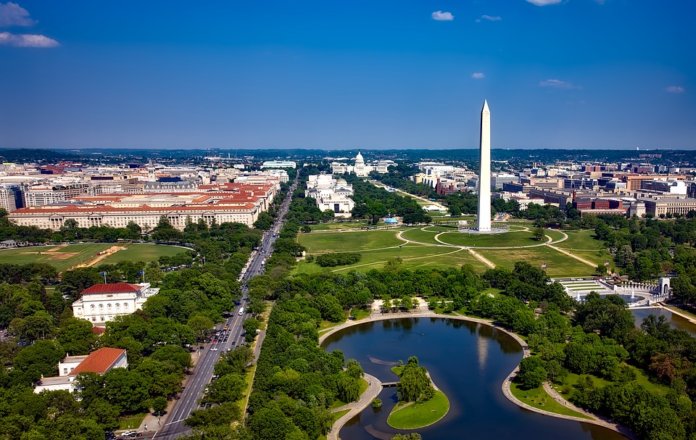 With the mayor’s signing of the Clean Energy D.C. Omnibus Act of 2018, Washington, D.C., has officially committed to transition to 100% renewable electricity by 2032. Notably, the bill also requires all public transportation and privately owned fleet vehicles to become emissions-free by 2045.

On Friday, Mayor Muriel Bowser signed the historic legislation, bolstering her Clean Energy DC plan, which includes 57 action items for how the district will reach the clean energy target.

The goals of the legislation include as follows:

“By signing the Clean Energy DC Omnibus Amendment Act of 2018 into law, we solidify Washington, D.C.’s place as the national leader in the fight against climate change and proudly communicate to the world that ‘we are still in,’” says Bowser. “If we are going to make progress on addressing climate change and global warming in our country, it’s going to be cities and states leading the way. With this groundbreaking clean energy law, we have created a model for jurisdictions across the nation to follow.”

“Make no mistake about it – this is by far the most aggressive and impactful clean energy goal passed by any state to date,” adds Tommy Wells, director of the district’s Department of Energy and Environment. “As great as the commitments are from states leading the fight against climate change, our goal as the nation’s capital is to reach 100 percent renewable electricity despite federal inaction in our own backyard.”