Home Up Front Columbus to K.C. on CNG: Doable or a Disaster? 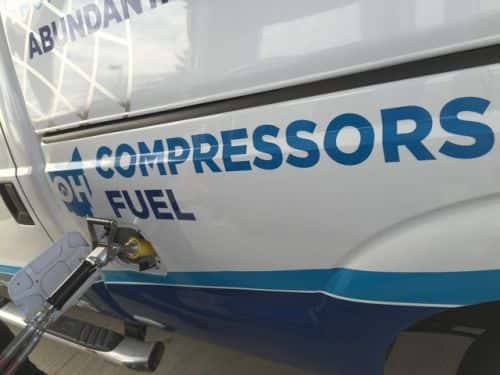 As brand-marketing coordinator for a global manufacturer of reciprocating compressors, I'm well versed in what our compressors can do and what applications our product line covers. Compressed natural gas (CNG) is one of those applications.

However, knowing what CNG is and actually using it are different things entirely.

When Ariel Corp. signed on as an exhibiting sponsor for the North American NGV Conference and Expo in Kansas City earlier this month, we wanted to do more than just talk about our CNG compressors on the floor of the convention center – we wanted to promote the CNG industry as a whole.

Working in the industry and listening to the market proponents and skeptics, we developed a premise: Though it is now possible to take a long journey across the country, travel hundreds of miles and not worry about where to refuel your CNG vehicle, many people are still leery of CNG as a fuel option.

My goal in taking a trip in a natural gas vehicle from Mount Vernon, Ohio, to Kansas City was to show that well-equipped CNG corridors already exist in this country for regular interstate passenger travel.

That said, I want to emphasize that I am a CNG novice. Until this trip, I had never fueled up an NGV and never had to plan a trip using only CNG. These are simple things, I suppose, but actual hands-on experience is a lot different than the hypothetical.

The route to Kansas City – roughly 1,400 miles round-trip – follows one of America's busiest and most populated highway corridors, Interstate 70, which stretches from Maryland to Utah. Referring to several online sources to locate CNG fueling stations along my proposed route, I found several options in each city. 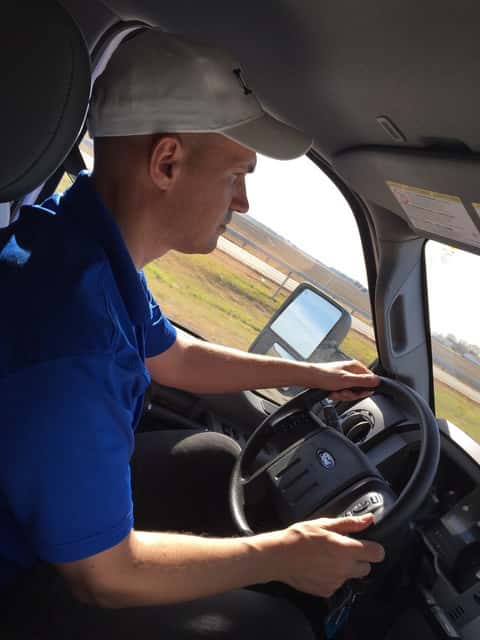 Some stations are municipal enterprises that offer public access and, very importantly, credit card payment options. It seemed that just a few years ago, the road trip I had planned would have been impossible, as most private and municipal stations accepted only their own fueling cards – an option for regular fleet customers but a great inconvenience for interstate travelers.

My company played a role in the development of a new CNG station in Mount Vernon, Ohio, which was the starting point of my CNG road trip to Kansas City. I fueled my Ford F-250 on Monday morning, Nov. 10.

I was totally unfamiliar with the system. I struggled to attach the dispenser nozzle. And although the payment system and instructions on the dispenser were very similar to that of gasoline stations, I still managed to mess things up a bit. In the end, I figured it out and got an excellent high-pressure fill – something that is often a challenge if the compression equipment is not in good working order or if the station has limited storage capacity.Â

As I headed toward the next fuel stop in Dayton, Ohio, I began to take note of the truck's fuel efficiency – another issue often debated by CNG cynics. CNG is less hydrocarbon-rich than gasoline, which CNG proponents readily admit. However, the difference was insignificant, and the F-250 maintained the same fuel economy on CNG that you'd find on a gasoline-powered truck. In changing weather and often driving into a headwind, the F-250 averaged 18.3 miles per GGE running from 55 mph to 70 mph, depending on the posted speed limit and weather/road conditions.

Fuel stops in Indianapolis and St. Louis were easy, with both stations close to Interstate 70. The payment systems at these stations were temperamental (no receipt was produced), but pressure was excellent at both locations.

The only problems were attributable to my own inexperience. Though no longer a CNG newbie after the first fill-up in Mount Vernon, I still struggled a bit with the dispensers. All of the hoses and couplings at the first three stations looked very similar, but they operated with slight differences. Some required a dual-action movement of the coupling, some just one, and one in particular just didn't seem to be in the mood to work at all until an experienced municipal fleet driver helped me out.

My last fuel stop before arriving in Kansas City was in Columbia, Mo., the home of the University of Missouri and a new municipal station offering public access and credit card payment capabilities. The station is relatively close to I-70, well lit and easy to use. In Columbia, I finally looked like a CNG veteran – no embarrassing fumbling with dispenser hoses and no panic at the pump.

It felt good to arrive in Kansas City running on CNG. We saved money, reduced our impact on the environment, and supported the production and distribution of American natural gas.

Indeed, the CNG industry has come a long way in just a few years. I can't wait to see how far we'll go in the future.

Jon Becker is marketing coordinator for Ariel Corp., based in Mount Vernon, Ohio. He can be reached at jbecker@arielcorp.com. In addition to manufacturing compression equipment for CNG applications, Ariel also operates its own fleet of NGVs: one Honda Civic Natural Gas, two Ford F-250 bi-fuel pickups and four Kenworth T660 tractors.