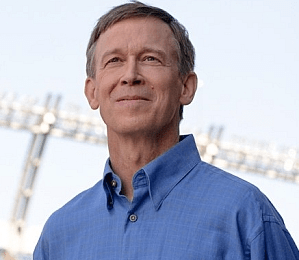 The legislation eliminates the need to calculate the incremental cost of the vehicle and allows buyers to claim the tax credit at the time of purchase.

The bill summary states that this legislation concerns “modifications to the income tax credits for alternative fuel motor vehicles, and, in connection therewith, fixing specified dollar amounts for the credits, allowing the credit to be assigned to a financing entity, requiring vehicle identification number tracking of the motor vehicle for which a credit is claimed, and making an appropriation.”

“This is the best incentive for electric vehicle [EV] sales in the nation at the moment, and we expect it to have a big impact on EV sales in the state,” says Will Toor, director of transportation programs at the Southwest Energy Efficiency Project (SWEEP).

Toor proposed the concept of assignable tax credits in 2014, and the Colorado Energy Office developed the bill and built a broad coalition for passage throughout 2016.

According to SWEEP, Colorado already had an income tax credit in place for AFVs, but it was based upon a complex formula including battery size, the cost of the car and the level of federal tax credit received by the buyer. Toor asserts that the tax credit was too complicated for consumers to understand – or for auto dealers to communicate to customers.

Natural gas vehicle industry trade group NGVAmerica has voiced its support of the bill and applauds its efforts to simplify the once-complex tax credits.

“Governor Hickenlooper and the Colorado legislature continue to recognize the strong benefits of using clean-burning natural gas in transportation, and H.B.16-1332 will put more natural gas vehicles on the road,” says Matthew Godlewski, president of NGVAmerica. “This legislation will help continue the transition to cleaner, low-cost, domestic natural gas for fleets and consumers across Colorado.

“Simplifying alternative fuel vehicle credits is an important step to ensure taxpayers can take advantage of the significant cost savings,” he adds.