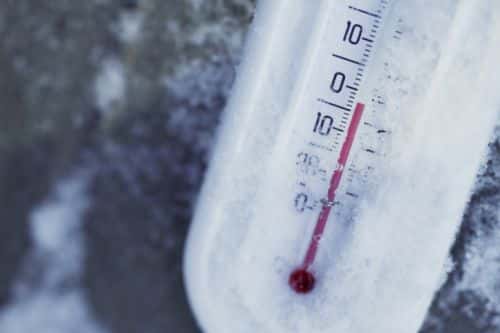 As natural gas vehicles (NGVs) become more prominent in North America, a greater volume of information about this technology – both valid and dubious – makes its way into the mainstream. One common assertion is that NGVs do not perform well in cold weather, showing symptoms that range from poor cold starts and rough idles to breaking down while in operation or not running at all.

Early last week, most of the U.S. was clutched in what meteorologists dubbed the ‘polar vortex’ – an ominous-sounding phenomenon that pushed a massive cold front as far south as Florida, where temperatures fell into the single digits in some places. Up north, in the Dakotas, Minnesota and other states, the mercury registered 20 degrees below zero and lower.

The frigid weather and high winds that accompanied the polar vortex represented the perfect test case for vehicles running on compressed natural gas (CNG). After all, if NGVs could handle some of the coldest temperatures on record, it stands to reason that good performance during routine winter days was more or less assured. Conversely, if NGVs fell short and showed a pattern of failure during extremely cold temperatures, the technology could be called into question for some applications in many regions.

So, how did NGV fleets fare last week?

Virginia-based American Disposal Services – a newcomer to CNG – rolled out its first natural gas-powered refuse vehicles very recently, so the polar vortex was certainly a trial-by-fire for the company’s CNG initiative.

The company tells NGT News that its maintenance manager went out into the lot at 1:00 a.m. on Monday, Jan. 6, when the temperature was 9 degrees F. He had no trouble starting the pair of NGVs, both of which are Macks with McNeilus upfits and the 8.9-liter Cummins Westport ISL G natural gas engine. Both trucks ran their routes without any operational issues.

Much further west, in Grand Junction, Colo., an NGV fleet numbering eight refuse trucks (also Macks with ISL Gs) encountered a low of 6 degrees that morning. Darren Starr, the city’s manager of streets and solid waste, says the commercial crew started work at around 2:30 a.m., and the residential team set out at 6:00 a.m.

The trucks started without incident, but a couple of the NGVs weren’t running quite right. The drivers suggested that the maintenance crew change the fuel filters, speculating that condensation was the culprit. The filter swap-outs solved the problem, and the trucks ran their routes.

Six degrees is cold, but Grand Junction actually saw much colder weather before the holidays. Starr says that in late November, temperatures dropped below zero – and that overnight lows stayed below zero for almost a month. The lowest low was 14 below zero.

‘That’s pretty harsh weather, and we weren’t having any trouble,’ he remarks.

Starr’s main takeaway from that cold snap and the recent polar vortex was to ensure that the maintenance department has plenty of fuel filters on hand and to use engine-block warmers when the forecast calls for extreme cold.

If 14 below zero isn’t a sufficient test for NGVs, let us turn to Minnesota, which saw ungodly weather: reports of -30 F and wind chills that could freeze your eyeballs.

J.R. Soleta, shop manager at Lakeville, Minn.-based Dick’s Sanitation Inc., says the lowest temperature he and his crew saw last week was -23 F. They knew it was coming, so one of the team members went into work on the afternoon of Sunday, Jan. 5, to start up the company’s 12 CNG-powered refuse vehicles (a mix of Autocar, Freightliner and Mack, all with Cummins Westport’s ISL G).

For the most part, those trucks ran non-stop from Sunday afternoon through Thursday, Jan. 9.

‘We did have a few glitches right away in the mornings,’ Soleta says, noting that most CNG-powered routes started around 4:30 a.m.

Once the trucks hit the streets, the extreme wind chills began to affect the engines’ differential pressure switches. The heat of the engine mixed with the cold temperatures resulted in the quick build-up of condensation, affecting engine performance. The 20-minute fix was to bring the trucks back to the shop and eliminate any moisture or ice from the switches. Then the NGVs were back on the road, running their routes.

Another issue was low engine oil pressure, which was completely attributable to the extreme cold. Simply put, the low temperatures thickened the engine oil, so Dick’s Sanitation’s team used engine-block heaters and let the trucks run a bit before going on the road.

Jim Wollschlager, executive vice president of Delano, Minn.-based Randy’s Sanitation, echoed Soleta’s comments about diesel trucks’ performance. His company currently has 28 CNG trucks in its fleet and about 100 diesels. Both types of fuels run into problems when record-breaking cold strikes.

‘That kind of bitter cold creates some unique situations,’ he says. ‘It finds the soft spots in your infrastructure.’

For Randy’s Sanitation, the company’s CNG refueling equipment was the first casualty. In short, the o-rings on the pressure switches were rated to -20 degrees F. Unfortunately, the fleet saw a low of 27 below zero, with wind chills in excess of -60. At these temperatures, every o-ring on the compressors and other equipment was subject to failure – so they needed to be swapped out with o-rings rated to -35.

In terms of the trucks themselves – a mix of Peterbilt and Autocar with the ISL G – the problems were, again, associated with moisture. The trucks run hot, they get shut off or idled down, and the CNG fuel-system components experience rapid condensation. In turn, ice can collect in the fuel lines, or the fuel filter in the engine compartment can freeze.

About a half-dozen of Randy’s Sanitation’s CNG-powered trucks experienced these problems last week. (At the same time, about 15 of its diesels ran into trouble.) To remedy the fuel-filter issue, the company’s maintenance team wrapped the filters in insulation and slid cardboard behind the trucks’ grills to prevent frigid air from hitting the engine compartment. The company has since ordered OEM grill bibs to replace the cardboard.

Overall, though, Wollschlager says the fleet of NGVs performed well. Despite the coldest temperatures in a generation, the CNG-powered refuse fleet passed the test.