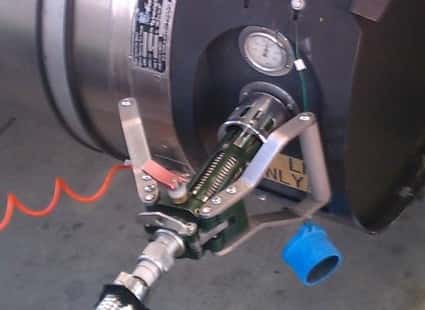 A coalition including the American Public Gas Association (APGA), NGVAmerica and the American Trucking Association, among other groups, has signed a joint letter to the National Conference on Weights and Measures (NCWM), urging the organization to establish a national diesel gallon equivalent (DGE) standard for the dispensing of liquefied natural gas (LNG) as a transportation fuel.

This isn't the first time the coalition has called on the NCWM to adopt the DGE standard: In July, the member groups rallied for the change, but the NCWM ultimately voted against the proposal at its annual meeting in Philadelphia. The NCWM had rejected the measure the previous year, as well.

The coalition's letter reads as follows:

We, collectively, wish to express our continued support for the diesel gallon equivalent (DGE) standard for natural gas. We continue to advocate for the adoption of the DGE standard and urge the NCWM regional conferences which are meeting this fall to support the DGE proposal by choosing to retain this measure as a voting issue on future agendas.

We were disappointed that the DGE standard failed to be approved at the NCWM annual meeting this summer, despite overwhelming industry support and support from the majority of state representatives in attendance,” the letter continues. “For the second year in a row, the move to adopt the DGE standard was slowed by officials voting in the House of Delegates. These local officials, in some instances, are from states that have already enacted legislation recognizing the merits of the DGE standard. Additionally, these same officials will be called upon to implement the policy that they are voting against. Despite this setback, we are not deterred, as we believe the DGE measure is the most rational proposal for a national standard.

The merits of a national DGE standard are clear. In July of this year, the U.S. Congress passed legislation that adjusts the federal motor fuels tax to ensure that LNG, when used on federal highways, will be taxed according to its energy content using the DGE as measurement. This provision will go into effect on January 1, 2016, and ensures that natural gas and diesel-based fuels are taxed at the same rate according to their energy content. Furthermore, 10 states have already enacted legislation or adopted regulations recognizing the DGE as a unit of sale, and 26 states are already taxing LNG based upon the DGE.

Notably, no state authorities have proposed an alternative to using the DGE for selling LNG. We believe that through further education and discussion, the voting members of the NCWM House of Representatives and the House of Delegates will recognize the merits of a national DGE standard. As representatives of industries which already embrace the DGE in our commercial practices, we urge the regional conferences to support retaining the DGE proposal that was included in Publication 16 as a voting issue in the upcoming year.