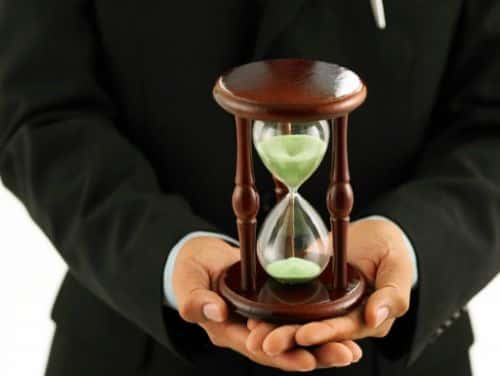 Originally established in 2009, the Clean Fuels Program seeks to reduce greenhouse gases by cutting the carbon content in state transportation fuels by 10% over a 10-year period. In March, Brown signed into law S.B.324, a bill lifting a sunset date on the stalled program and, thus, allowing the state government to move forward with implementing the carbon-reduction mandates.

At the time, Brown said, “With California, Washington and British Columbia moving forward with their own clean fuels programs, which will shape the West Coast market, it is imperative not only that Oregon does its part to reduce greenhouse-gas emissions, but also that we build a program that meets the needs of Oregonians.”

However, according to a report from The Oregonian/OregonLive, Republican leaders long vowed to thwart any transportation deal this session if S.B.324 passed.Â

Determined to get a transportation package through the legislature, the governor's office recently held negotiations with a bipartisan group of state lawmakers, who eventually agreed to repeal the Clean Fuels Program in exchange for Republican support to raise state gasoline taxes. The Oregonian says the compromise aimed to replace the Clean Fuels Program with other carbon-reduction initiatives.

By the time the plan was officially revealed last week, environmental groups and over a dozen Democratic lawmakers had launched campaigns to keep the Clean Fuels Program alive. The Oregonian says that during a public hearing on Wednesday, environmentalists voiced their concerns, and the Oregon Department of Transportation's director admitted the agency had miscalculated carbon-cutting benefits of the new proposal.

On Thursday, Brown and Oregon State Senate President Peter Courtney, D-Salem/Gervais/Woodburn, announced that they were walking away from the deal.

In a statement, Brown thanked the legislators involved in the negotiations for “their hard work in pursuit of a single, bipartisan approach to achieving our greenhouse-gas emissions reduction goals and addressing critical transportation needs statewide.”

“Given the complexity of the issues and the remaining time available, there simply isn't a path forward through both chambers for a proposal that accomplishes both this session,” stated the governor.Â

Furthermore, she said that the two issues “should be decoupled and considered separately, thus avoiding the “my way, or no highway' situation in which we now find ourselves.”

Brown also indicated determination to tackle transportation funding during the next legislative session.

“As I said back in March, if it takes longer than this session to accomplish, I'm willing to continue these discussions,” she notes. “The bicameral, bipartisan working group I assembled earlier this session has provided excellent groundwork that will inform our future efforts. I will work with Republicans and Democrats to make it happen.’

In a joint press release, a coalition of environmental organizations welcomed Brown's announcement.

“Oregonians deserve clean air and safe roads. To pit one against the other is a false choice and helps no one. We need both,” said Andrea Durbin, executive director of the Oregon Environmental Council, in the release. “The Clean Fuels Program was crafted over seven years and is the most cost-efficient, effective way to grow jobs and provide every Oregonian with cleaner air.”

As for Courtney, he issued a statement confirming that efforts to pass a transportation package in the Senate “have ended.”

“Everyone worked hard. We made a lot of progress. The votes just aren't there,” said Courtney.

Going forward, Courtney said state legislators need to work on other matters before the session ends on July 11.

According to an Associated Press report, Oregon Senate Republicans claimed that they were still willing to work on transportation funding, so long as any deal would include a repeal of the Clean Fuels Program.

Although it appears the Clean Fuels Program has survived – at least, for now – the initiative undoubtedly remains controversial, both among legislators and trade groups. In fact, the American Trucking Associations, in partnership with two other organizations, filed a lawsuit in March against the government of Oregon. The joint complaint argued that the program is unconstitutional and is slated to raise fuel prices across the state.

More information about the Clean Fuels Program is available here.